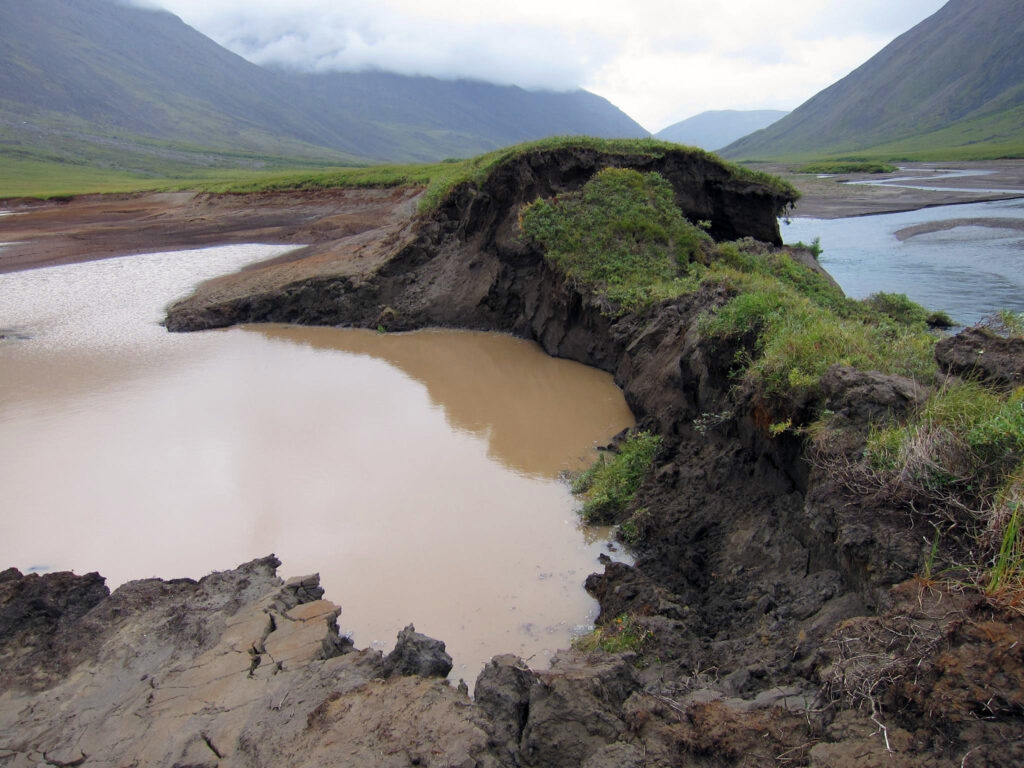 The Arctic is warming much faster than the rest of the planet.  Stories about the loss of polar ice and hundred-degree temperatures in Siberia have become commonplace.  One of the most troubling aspects of the warming Arctic is the thawing of permafrost.  Permafrost is ground that remains frozen for at least two years; some of it has been frozen for tens or hundreds or even thousands of years.  Found under a layer of soil, permafrost is composed of rock, soil, sediments, and varying amounts of ice.  It stores the carbon-based remains of plants and animals that froze before they could decompose.  Permafrost covers almost a quarter of North America, but it is starting to thaw.

Scientists estimate that there are more than 16,000 billion tons of carbon locked away in Arctic permafrost, which is almost double the amount of carbon that is currently in the atmosphere.  Climate models predict that the warming of the Arctic could lead to 5 to 15% of that carbon to be emitted as carbon dioxide by the year 2,100, which would be enough to raise global temperatures by 0.3 to 0.4 degrees Celsius.

New research has increased this estimate because it includes a key pathway for CO2 to enter the atmosphere that earlier models ignored.   When carbon from thawing permafrost escapes into Arctic lakes and rivers, it is oxidized by ultraviolet and visible light and it then escapes into the atmosphere as CO2.  This process is known as photomineralization and is estimated to raise permafrost-related CO2 emissions by 14%.

Recent studies project that with every 1-degree Celsius increase in temperature, 1.5 million square miles of permafrost could be lost through thawing.