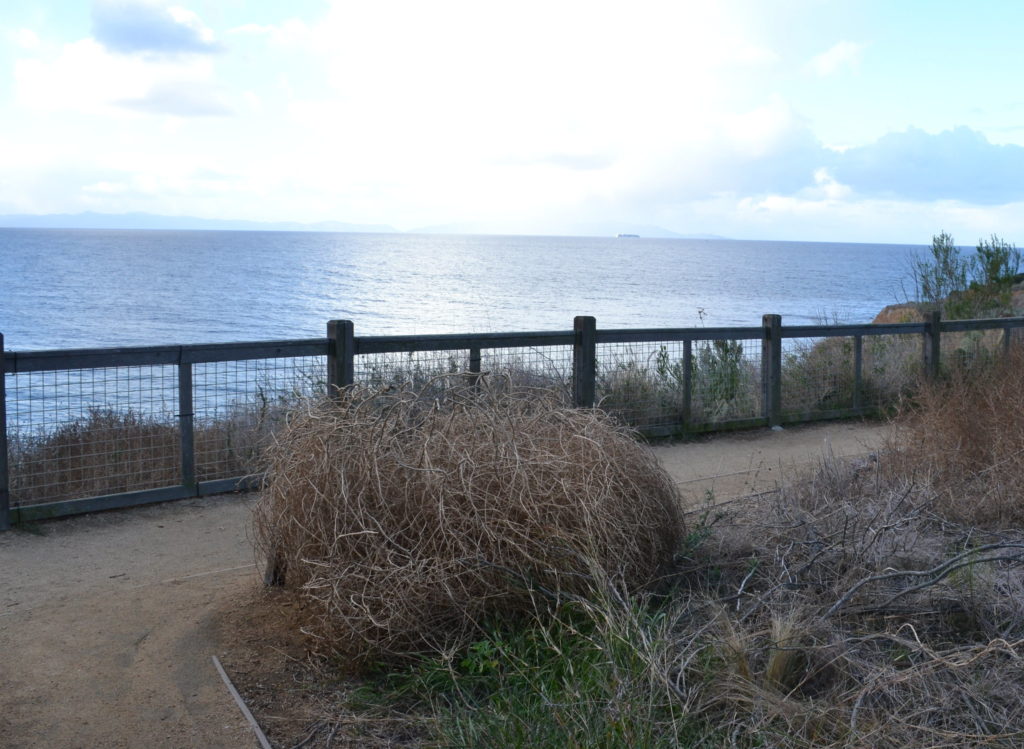 Tumbleweeds have long been seen as symbols of America’s old west.  Tumbleweeds are a structural part of the above-ground anatomy of a number of species of plants known as diaspores.  Diaspores are essentially seed dispersal units.  In a few seed plants, they comprise most or all of the plant.  Once they are mature and dry, they detach from the roots and roll around due to the force of the wind.

There is a new species of gigantic tumbleweed – the Salsola ryanii – that is expanding its territory in the American west.  It is the result of a relatively unusual genetic process known as polyploidy, which produces offspring with multiple sets of chromosomes.  Researchers believe that that the new hybrid species of tumbleweed is healthier than earlier versions.  As a result, one geneticist described Salsola ryanii as a nasty species replacing other nasty species of tumbleweed in the US.

These tumbleweeds can grow up to 6 feet tall.  Tumbleweeds in general are invasive plants that cause traffic accidents, damage agricultural operations, and cause millions of dollars in property damage.  Last year, the town of Victorville in the California desert was buried in them, piling up to the second story of some houses.

Salsola ryanii has a relatively small range, but it is expanding rapidly.  The new study determined that it is more vigorous than its predecessors, which are invasive in 48 states.  The plant is an annual but tends to grow on the later side of winter.  It is one of the only things that is still green in late summer.  With summer rains increasing as the climate changes, these monster tumbleweeds are poised to wreak havoc.   The experts are warning that there should be efforts to suppress them before they take over.