You are here: Home / Podcast / Methane Leaks Are Worse Than We Thought | Earth Wise 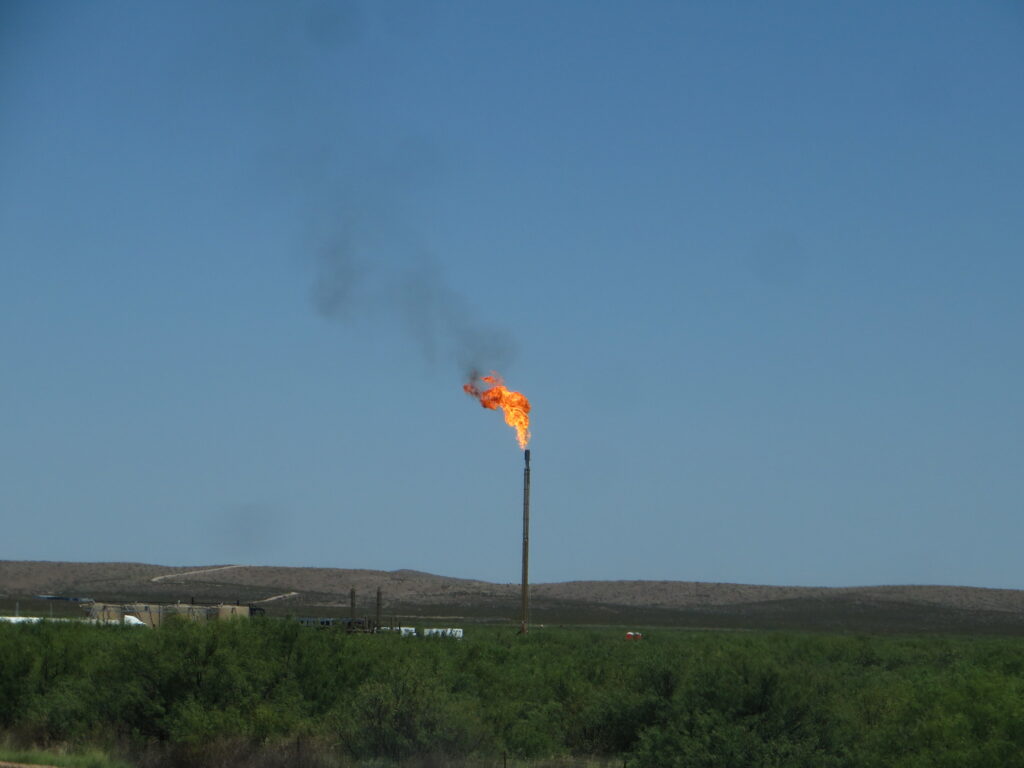 Methane leaking from oil and gas wells is a real problem for the environment because methane is far more potent at trapping heat than carbon dioxide.   The EPA has estimated that about 1.4% of the methane produced by wells nationally leaks into the atmosphere.   However, environmental experts and energy industry engineers have been concerned that leaks from mines, wells, refineries, storage facilities, and pipelines are vastly underreported.  But until recently, there really wasn’t a good way to find out.

Researchers at Stanford University have developed a technique based on the use of hyperspectral cameras mounted to airplanes.  The cameras measure sunlight reflected off of chemicals in the air that are invisible to the human eye.  Each chemical, including methane, has a unique fingerprint.  Using these sensors, methane is easy to spot and the technique can measure the output of individual wells.

The researchers performed a study of almost every oil and gas asset in the New Mexico Permian Basin, one of the largest and highest-producing oil and gas regions in the world.  They surveyed the sites for an entire year.  They estimate that more than 9% of all methane produced in the region is being leaked into the skies, far more than EPA estimates.

The positive outcome of the survey is that the researchers found that fewer than 4% of the 26,000 sites studied produced half of all the methane emissions observed.  Being able to identify the so-called super-emitter sites and dealing with them could lead to a major improvement in the situation.

The new technique is more accurate, faster, and more cost-effective than current ways to monitor emissions.