You are here: Home / Podcast / Mercury In The Amazon Rainforest | Earth Wise 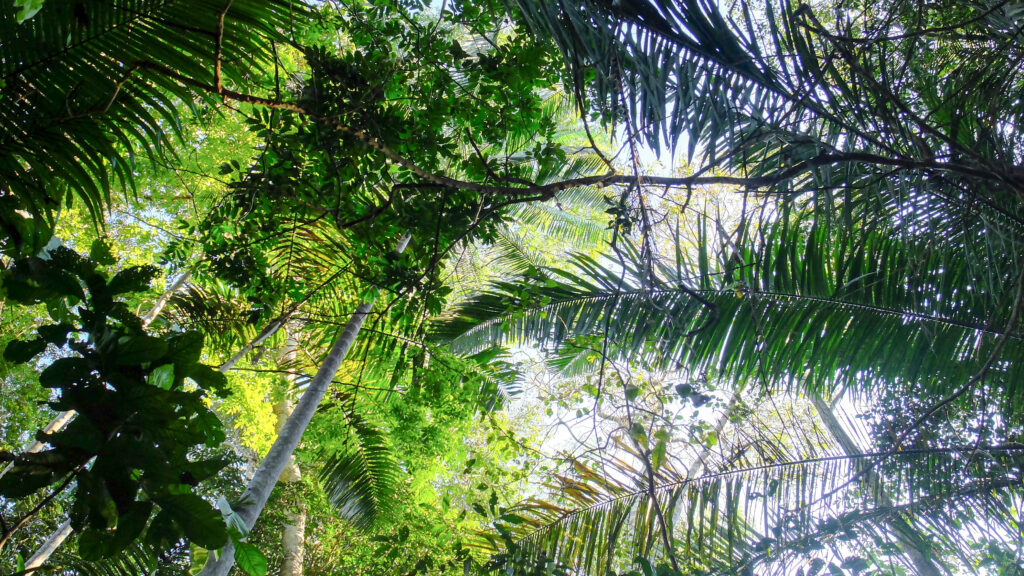 Recent research has found that some of the highest levels of mercury pollution ever recorded are in a patch of pristine Amazonian rainforest.  The international team of researchers discovered that illegal goldmining in the Peruvian Amazon is the source of the pollution.

Illegal miners separate gold particles from river sediments using mercury.  Mercury binds to gold, forming pellets large enough to be caught in a sieve.   The pellets are then burned in open fire ovens, releasing the mercury to the atmosphere, leaving the gold behind.  The mercury smoke ends up being washed into the soil by rainfall, deposited onto the surface of leaves, or directly absorbed into leaf tissues.

Deforested areas had low levels of mercury, while the areas with the largest, densest old-growth trees captured huge volumes of atmospheric mercury, more than any other ecosystem studied in the entire world.  Mercury levels were directly related to leaf area index:  the denser the canopy, the more mercury it holds.  Birds from this area have up to twelve times more mercury in their systems than birds from less polluted areas.  Such high concentrations of mercury could provoke a decline of up to 30% in these birds’ reproductive success.

Small-scale artisanal gold mining is an important livelihood for local communities.  Eliminating it outright may not be a viable solution but coming up with ways to continue to provide a sustainable livelihood while protecting communities from poisonous pollution is essential.

In the meantime, the forests are doing an important service by capturing much of the mercury and preventing it from getting into the general atmosphere and endangering more people and animals.  Burning or harvesting the mercury-ridden trees would release the mercury back into the atmosphere.

Photo, posted August 24, 2016, courtesy of Anna and Michal via Flickr.