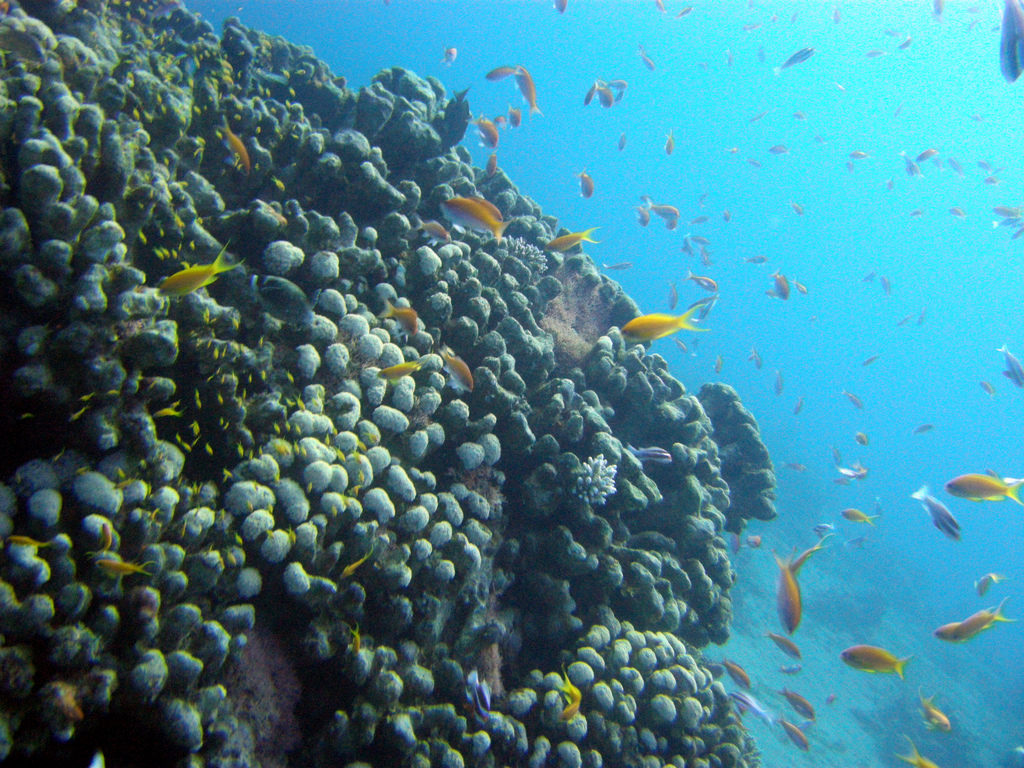 Between 2014 and 2017, massive coral bleaching events destroyed large amounts of Australia’s Great Barrier Reef and many other reefs around the world.  And meanwhile, water temperatures keep rising.

But there is a place where water temperatures keep rising – in fact, even faster than the global average – but where mass bleaching events in coral are not happening:  The Gulf of Aqaba.  That is a narrow finger of water at the northernmost tip of the Red Sea in the Middle East bordered by Israel, Egypt, Jordan and Saudi Arabia.

Researchers are studying corals from the Gulf of Aqaba’s reef to see just how resilient they are.  In most places, corals start bleaching with a one or two degree Celsius temperature increase.  The Aqaba corals show resilience even with a five-degree rise. In addition, they are more resistant to acidification than other corals.

It appears that a unique species of algae makes up 99% of the algae in the Persian Gulf’s corals and may be responsible for the observed heat tolerance.  Some people are advocating moving these heat-resistant corals to other parts of the world, but there are potential dangers and unintended consequences of such action like the introduction of diseases and parasites.  Nevertheless, as things get worse in the world’s coral reefs, extreme options may need to be on the table.

‘Heat-Resistant Corals’ from Earth Wise is a production of WAMC Northeast Public Radio.