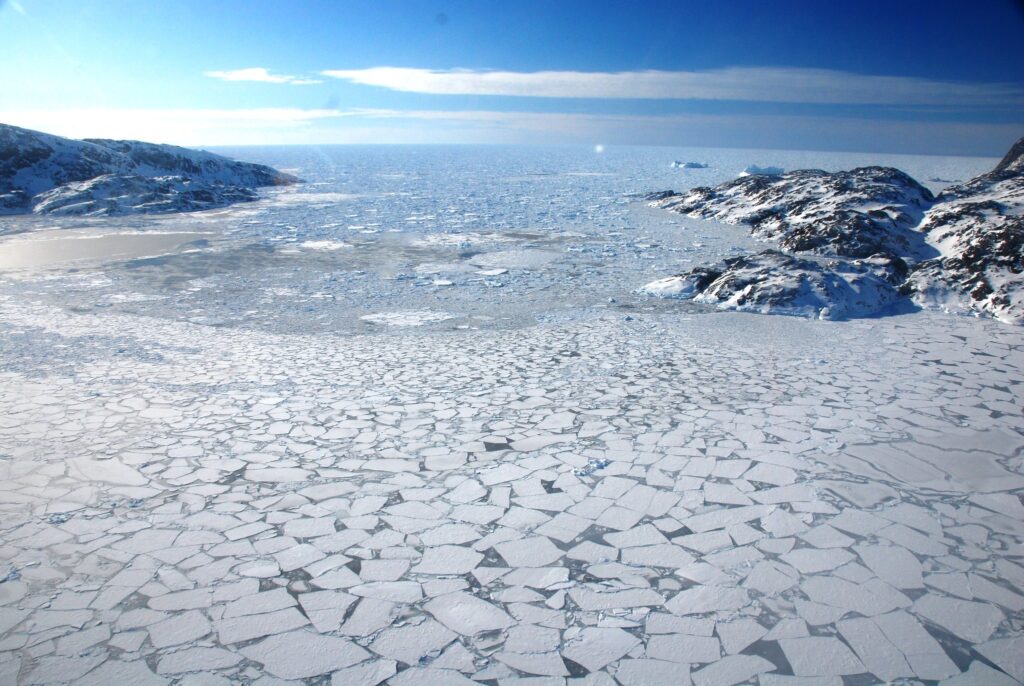 According to research published by Dartmouth University, a weather pattern that pushes snowfall away from parts of Greenland’s ice sheet is causing the continent to become darker and warmer.

Reducing the amount of fresh, lighter-colored snow exposes older, darker snow on the surface of Greenland’s ice sheets.  Fresh snow is the brightest and whitest. The reflectivity of snow decreases fairly quickly as it ages. This decrease in albedo – or reflectivity – allows the ice sheet to absorb more heat and therefore melt more quickly.

The research attributes the decrease in snowfall in Greenland to a phenomenon called atmospheric blocking in which persistent high-pressure systems hover over the ice sheet for up to weeks at a time.  Such systems have increased over Greenland since the mid-1990s.  They push snowstorms to the north, hold warmer air over Western Greenland, and reduce light-blocking cloud cover.

The Greenland ice sheet is the second largest ice body in the world, after the Antarctic ice sheet.  It is 1,800 miles long and about 700 miles wide at its greatest width.  Its thickness is between 1.2 and 1.9 miles.  If the entire sheet were to melt, it would lead to a global sea level rise of 24 feet.  So, the darkening of Greenland is a source of great concern.