You are here: Home / Podcast / Farming In Solar Farms 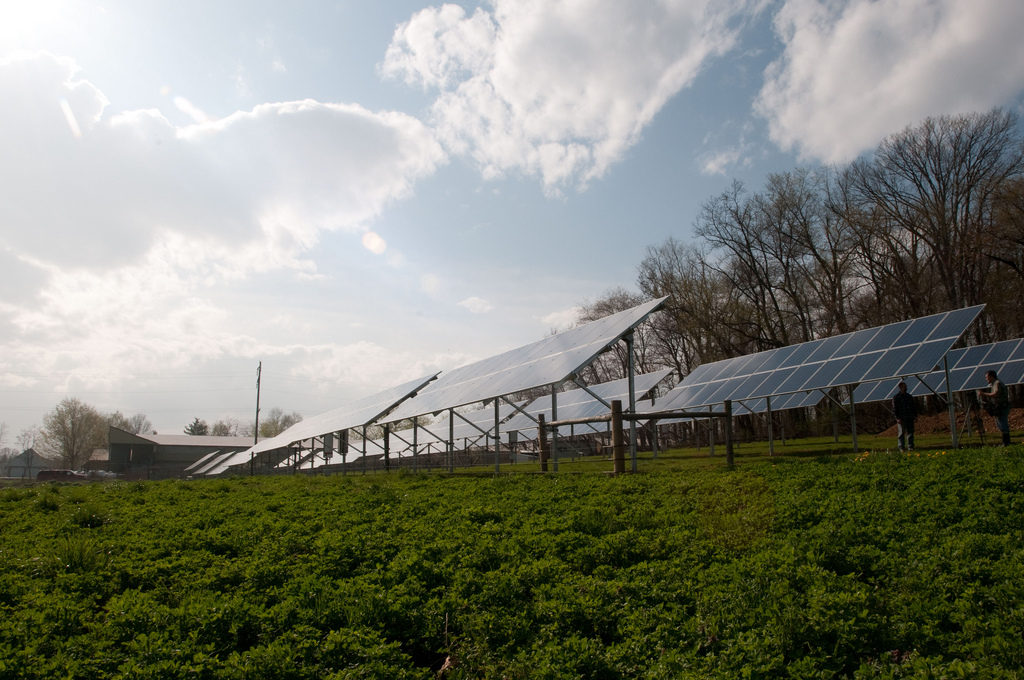 Utility-scale solar installations have been expanding rapidly.  The amount of land used for solar projects is becoming quite substantial.  The National Renewable Energy Laboratory (NREL) predicts that 3 million acres will be devoted to solar farms by 2030, and 6 million by 2050.  These numbers pale in comparison with the land used for corn, soybeans, and wheat, but are more than used for such familiar crops as oats, barley and rice.

NREL is launching a study to assess the potential of locating pollinator-friendly habitats and fruit and vegetable crops around solar arrays.  The study seeks to determine what plants will thrive in these environments as an alternative to covering the ground with gravel or turf grass, which is often what occupies the ground where solar arrays are installed.

Growing crops among solar installation is not a new idea.  In many states, people are growing kale, melons, squash, lettuce, peppers and broccoli under or near solar panels.  Under such circumstances, the crops must be harvested by hand or by smaller farm equipment.

In Minnesota, half of the state’s 4,000 acres of solar farms have pollinator habitats.  One commercial beekeeping company operates on a solar garden near the Twin Cities and sells a line of products called “solar honey”.

There are more than environmental benefits from growing plants in solar farms.  Vegetation can lower the cost of developing and maintaining solar projects.  Leaving existing vegetation in place can reduce the cost of land clearing, soil compaction, stormwater management and herbicide spraying.  And having vegetation under solar panels reduces their temperature, which, in fact, increases their solar output.

There are multiple reasons to put the farm back in solar farms.

Putting the ‘Farm’ Back in Solar Farms

Photo, posted April 20, 2011, courtesy of the U.S. Department of Agriculture via Flickr.

‘Farming in Solar Farms’ from Earth Wise is a production of WAMC Northeast Public Radio.