You are here: Home / Podcast / Disease On Coral Reefs 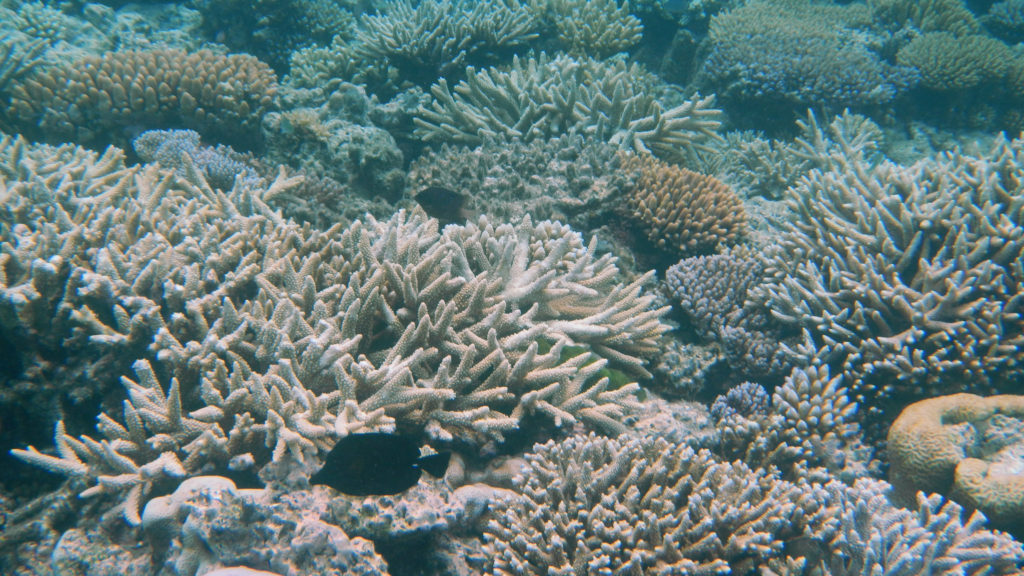 The warming oceans have led to bleaching events in coral reefs around the world, but bleaching is not the only problem corals face.  Disease outbreaks are also becoming more frequent, severe, and widespread.

Many factors are contributing to the problem, including pollution and nitrogen runoff from fertilizers and coastal sewer and septic systems.  However, the key culprit is likely the steadily increasing ocean temperatures, which are the cause of coral bleaching.  Elevated water temperatures can cause coral polyps to expel the algae that sustains them and gives them color.

According to scientists, bleaching makes corals more susceptible to illness.  In the Caribbean, a coral disease hotspot, about 80% of coral cover has disappeared, largely from outbreaks of “white band disease”, so called because of a white band of dead tissue that forms in affected corals.  Two crucial reef-building species, elkhorn and staghorn coral, are now nearing extinction in the regions.  The reef extending along the Florida coastline is the third largest reef ecosystem in the world and nearly 35% of it has been lost to disease.

Estimates are that disease outbreaks have wiped out at least 6% of the corals on the Great Barrier Reef in Australia.  In that region, diseases are more prevalent in areas where corals were damaged by fishing and other human activity because wounded coral provides an entry point for pathogens and bacteria.

In the face of climate change and mounting disease outbreaks, scientists are scrambling for solutions to stave off catastrophe.  Assisting the migration of hardier coral species and breeding so-called “super corals” are among the strategies being pursued.  It is unknown whether these and other forms of intervention can be used on a wide enough scale to really make a difference.