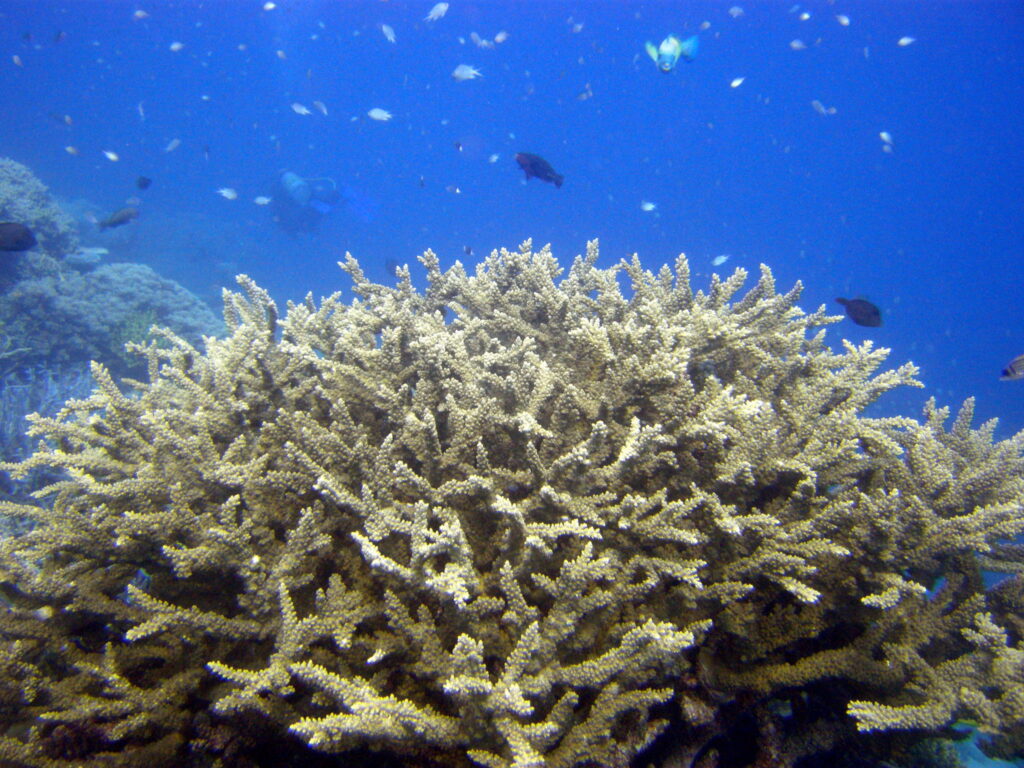 The precarious state of the world’s coral reefs has been a highly visible subject for a decade or more.  Mostly what we hear about is the loss of some of the most beautiful sights on the planet. But there is far more at stake than scenic wonders.

The warming and acidifying of ocean waters are causing corals to increasingly bleach and often die.  Corals provide a unique food source for some species of fish and a three-dimensional habitat for many others.  The fish that depend on corals are often prey for fish that don’t depend directly on corals and so on up the food chain.

What happens to fish when coral reefs disappear?  The fish species that feed on corals will starve while others will seek alternative rocky habitats.

A new study by the University of Helsinki uses statistical methods to predict how fish diversity will respond to declines in coral diversity. It concludes that a future coral loss might cause a 40% reduction in reef fish diversity globally.  This is more than a loss of colorful sights for snorkelers; reef fishes provide essential protein for millions of people around the world.

The estimate of potential loss of fish species greatly exceeds the number of species known to depend directly or even indirectly on coral.  The implication is that coral reef food webs will begin to unravel if corals go extinct.  This unraveling is expected to be worse in some places than others.  The Central Pacific, for example, could lose 60% of its reef fish.

For both snorkelers and for the millions who depend upon reef fishes for food, the need for greater efforts to conserve and restore coral reefs is apparent.