You are here: Home / Podcast / Cooling Cities With White Roofs 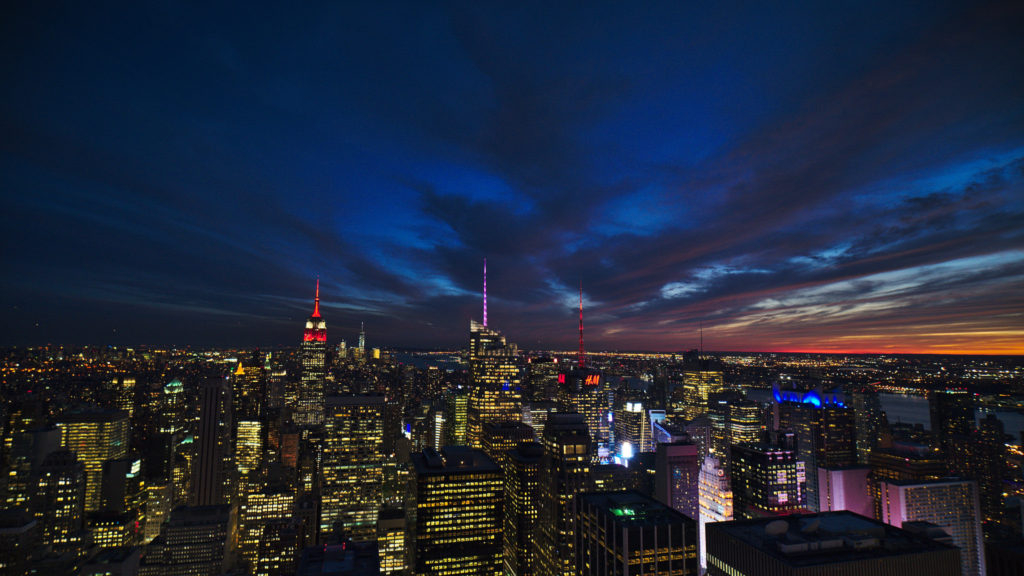 The darker the surface, the more the heating.  Fresh asphalt reflects only 4% of the sunlight hitting it, compared with 25% for natural grassland and up to 90% for white surfaces like fresh snow.

New York City averages 2-5 degrees Fahrenheit higher than the surrounding countryside and as much as 12 degrees warmer during some evenings.  So, the urban heat island effect is quite sizable.

Creating lighter colored land surfaces could lower urban temperatures by a substantial amount.  New York introduced rules on white roofs into its buildings in 2012 and volunteers have put white paint on nearly 7 million square feet of tar roofs in the city since then.

Chicago is doing similar things and last year Los Angeles began a program to paint asphalt road surfaces with light gray paint.  There are various cool-roof initiatives in cities around the world.

So far, these efforts have been very small-scale; the New York roof painting has covered only 1% of the roofs of the city.  If such practices became pervasive though, the effects would be dramatic.

Recent studies have shown that rural areas could also benefit from lighter-colored surfaces.  For example, leaving crop stubble over large areas of grain fields instead of plowing them down to the soil could increase their reflectivity and reduce temperatures by as much as 4 degrees on sunny days.

‘Cooling Cities with White Roofs’ from Earth Wise is a production of WAMC Northeast Public Radio.