You are here: Home / Podcast / Converting A Toxin Into An Industrial Chemical | Earth Wise 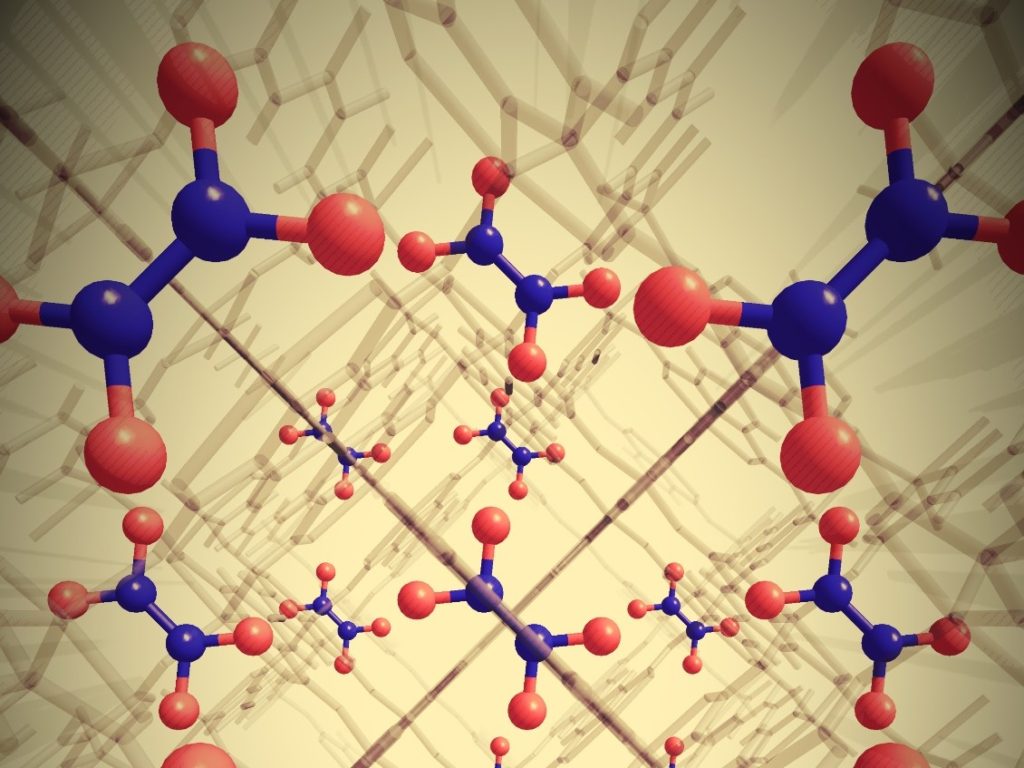 Nitrogen dioxide is a prominent air pollutant produced by internal combustion engines burning fossil fuels as well as by a variety of industrial processes.  It is a toxic material associated with a number of respiratory illnesses.

Researchers at the University of Manchester in the UK along with an international team of scientists have developed a new advanced material that can convert nitrogen dioxide from an exhaust gas stream into useful industrial chemical using only water and air.

The material is a metal-organic framework (or MOF) that provides a selective, fully reversible, and repeatable capability to capture nitrogen dioxide.  MOFs are tiny three-dimensional structures that are porous and can trap gases inside as though there were tiny cages.  MOFs have enormous amounts of surface area for their size.  One gram of material can have a surface area as large as a football field.

The material, named MOF-520, can capture nitrogen dioxide at ambient temperatures and pressures and even at low concentration and during flow in the presence of moisture, sulfur dioxide, and carbon dioxide.  Such conditions are typical of the exhaust of internal combustion engines. In fact, the process works best at the typical temperature of automobile exhausts.

Once the nitrogen oxide is absorbed, treating the material with water in air converts it into nitric acid and restores the MOF for additional use.  Nitric acid is the basis of a multi-billion dollar industry with uses including agricultural fertilizers, rocket propellant, and nylon.  Thus, there is great potential for recouping the costs of using the MOF technology and even profiting from it.

It would be great to convert a toxic pollutant into valuable industrial chemicals.

Photo courtesy of the University of Manchester.