You are here: Home / Podcast / Cloudbursts And New York City 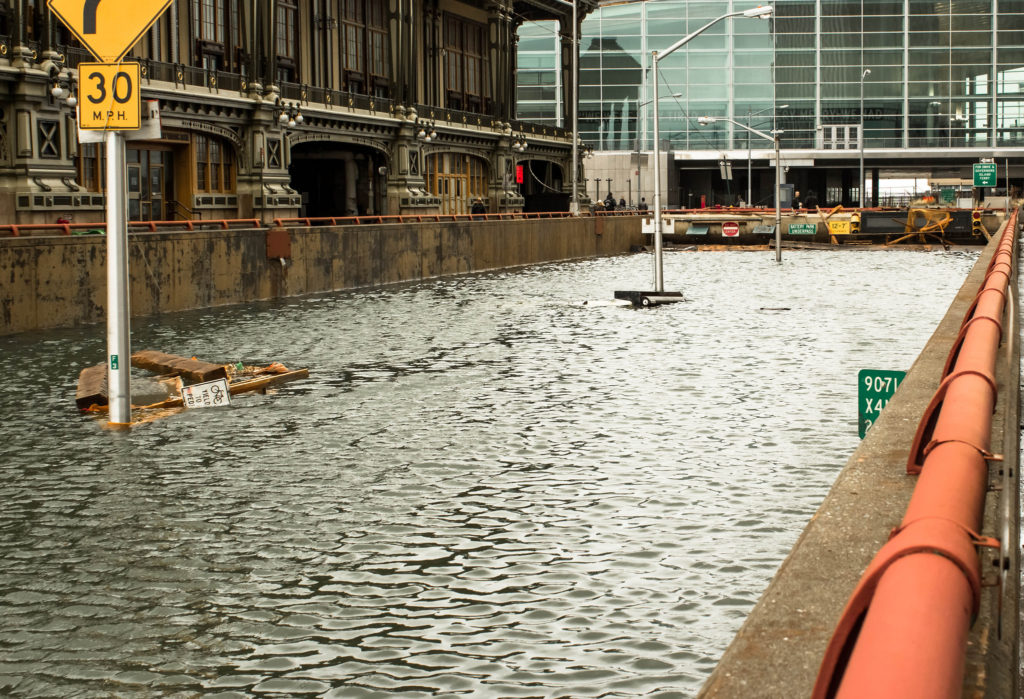 Following a cloudburst in 2011 that flooded cellars and streets and caused more than one billion dollars in damage, officials in Copenhagen developed a plan to fortify the city against intense storms.  The ‘Climate Adaptation Plan’ incorporates three levels of climate adaptation:

1) If the risk of damage is high, prevent the damage.

2) If prevention is impossible, minimize the damage.

Meanwhile, following Hurricane Sandy in 2012 – which flooded nearly 20% of New York City’s total land mass, officials in the Big Apple decided they too needed to do something.  According to the New York Times, when New York City officials learned that Copenhagen had developed a master plan to deal with storms and runoff, the two cities formed a partnership.

Officials from both cities decided they needed open spaces that can absorb water or at least slow water rushing through populated areas during and after storms.  Officials say adding more green space or replacing asphalt with grass can increase the sponge-like properties of a neighborhood.  “Flooding by design” – designing landscapes to hold water if it cannot be absorbed into the ground – was also found to be an important way to manage stormwater runoff or sewer overflows.  An example of this would be a basketball court designed like an amphitheater.

Maybe one day the Big Apple will be known as The Big Sponge.

‘Cloudbursts and New York City’ from Earth Wise is a production of WAMC Northeast Public Radio.