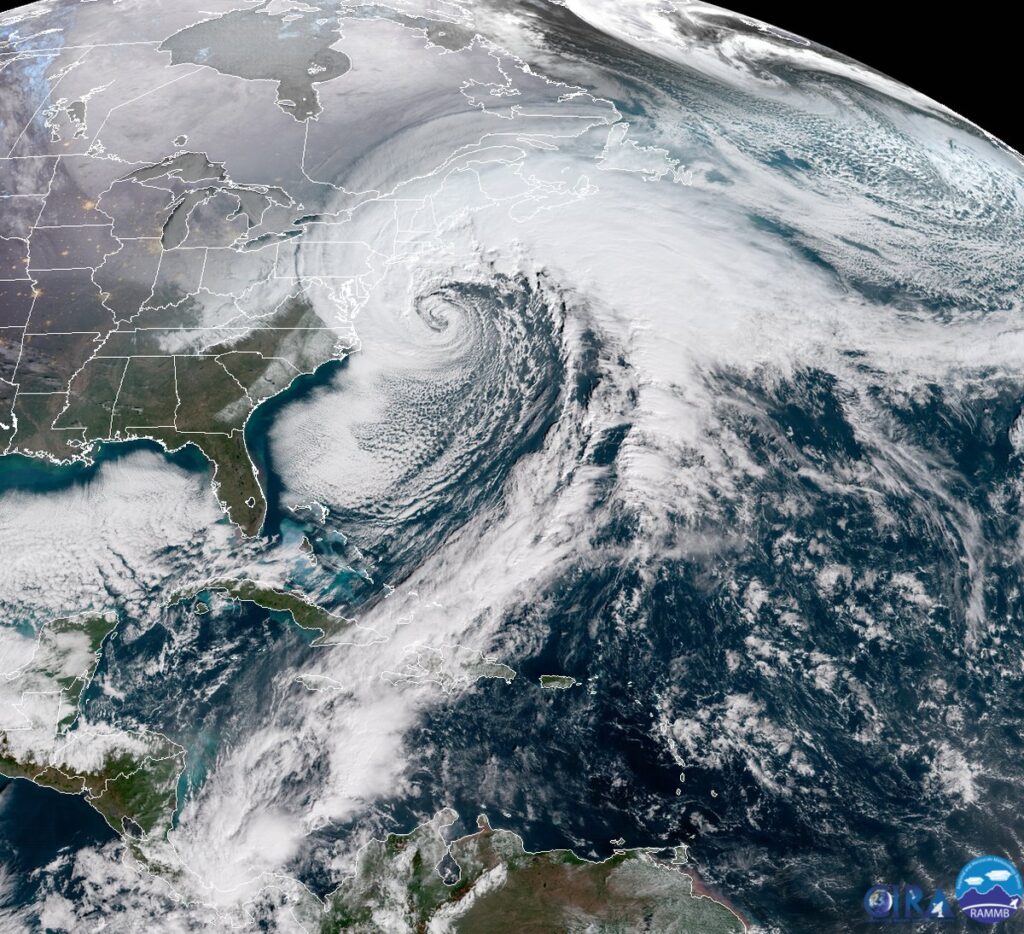 It seems like we are hearing about new weather phenomena pretty frequently these days.  One name that has popped up lately is “bomb cyclones.”  Bomb cyclones, it turns out, are storms that undergo “bombogenesis.”  What that means is a low-pressure area (in other words, a storm) that undergoes rapid strengthening and can be described as a weather bomb, or popularly, a bomb cyclone.

These things usually take place over remote tropical ocean areas but a really intense one struck the Pacific Northwest on October 24th.  The storm off the coast of Washington, with a barometric pressure reading equivalent to a category 4 hurricane, was the second extreme low-pressure storm in the North Pacific in a single week.  Both storms involved pressure drops of more than 24 millibars in 24 hours, making them bomb cyclones.

These storms brought high winds and extreme precipitation that doused wildfires and provided some relief to the extreme drought in Central and Northern California.  Along with these positive effects, however, the storms also caused power outages, flooding, landslides, and mud and debris that washed out roads.

The October 24-25 event brought 16.55 inches of rain to Mount Tamalpais in Marin County, California in a 48-hour period.  Sacramento got 5.44 inches of rain, breaking a 140-year-old record.  And the city had just broken another extreme weather record for the longest dry spell in history.

The storms directed streams of moisture from north of Hawaii toward the West Coast in long, narrow bands of moisture known as atmospheric rivers.  We are learning about all sorts of unfamiliar weather phenomena as extreme weather events become increasingly common.