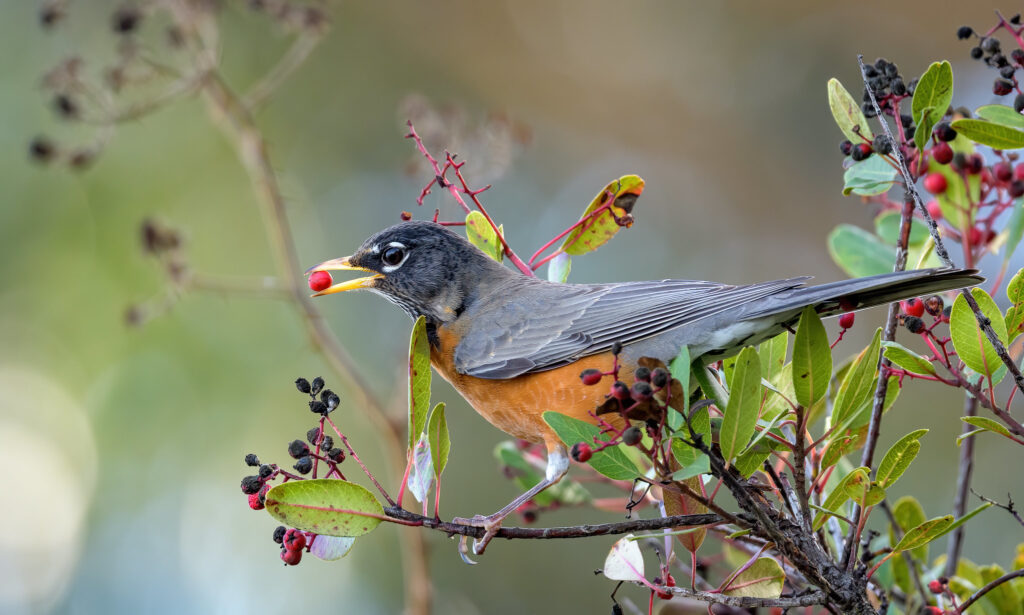 American robins are migratory songbirds that can be found throughout much of North America.  Named after European robins because of their reddish-orange breast, American robins are often found hopping across lawns and nesting on porches.  Their rich caroling is among the first pre-dawn bird songs heard in spring and summer.

While some overwinter in northern parts of the United States and southern Canada, most American robins migrate south to overwinter in places like Florida and the Gulf Coast, as well as central Mexico and the Pacific Coast.  They typically head south by the end of August and return north sometime between February and March to their breeding grounds in Canada and Alaska.  They spend their short time there trying to find a mate, build a nest, raise a family, and consume enough food to sustain themselves on their long return journey south.

But climate change is making these seasonal rhythms less predictable.  According to a new study recently published in the journal Environmental Research Letters, American robin migration is kicking off earlier by about five days each decade.  The birds now migrate 12 days earlier than they did in 1994.

For 25 years, researchers at Canada’s Slave Lake have been recording the timing of American robin spring migration.  They attached GPS devices to 55 robins, tracking their movements from April through June. The researchers linked the birds’ movement with weather data, including air temperature, snow depth, wind speed, and precipitation.  The results showed that robins start migrating north earlier when winters are warm and dry.