You are here: Home / Air and Water / Surging Wind Power In The U.S. 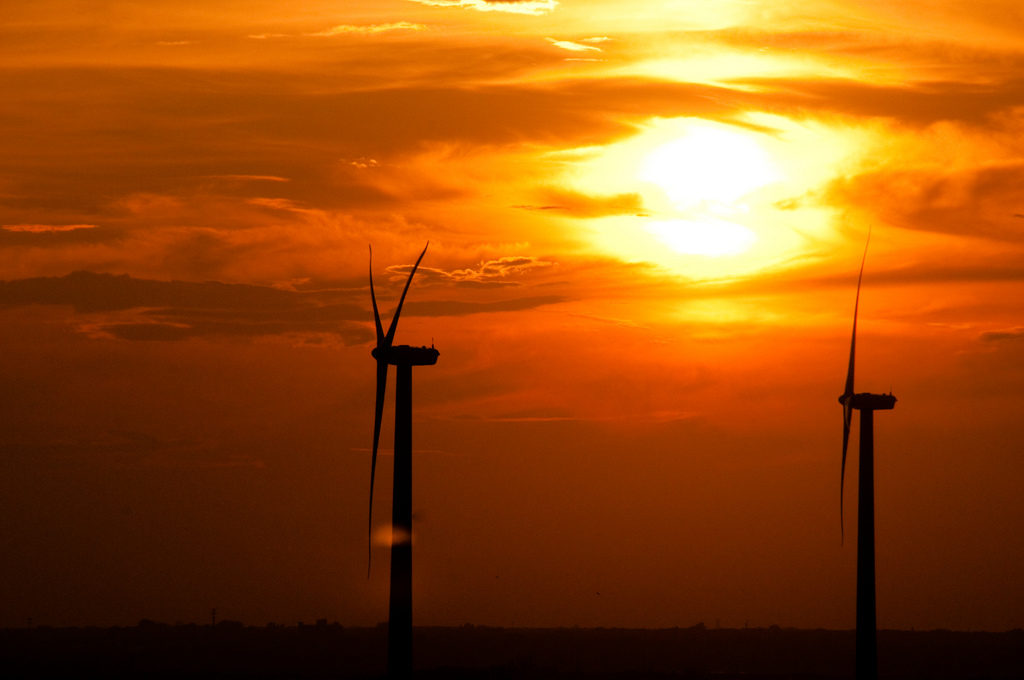 908 utility-scale wind turbines were erected in the first quarter of 2017, nearly four times the amount installed last year.   According to the American Wind Energy Association, another 21,000 megawatts of wind capacity is now under construction or in advanced development, enough to power an additional 5 million American homes.

Forty-one U.S. states now have utility-scale wind power projects.  The most recent additions to the list were Rhode Island and North Carolina.   The wind energy leader in the U.S. by far is Texas, which has an installed capacity of 21,000 megawatts.   More than 100,000 people are employed in the wind industry and wind energy companies pay roughly $250 million a year in land lease payments to farmers, ranchers, and other landowners.  The wind energy industry is increasingly becoming an important economic force in the U.S.

The growth in the wind industry has been driven by a combination of factors including federal credits for wind energy production, state renewable energy mandates, and, perhaps most important of all, the rapidly falling costs to build and install wind turbines.  As far as turbine technology is concerned, a key development is an increase in the height of turbines from 80 to 100 meters, which will enable wind energy installations to be built in more parts of the country because wind speeds are higher at the greater altitude.

‘Surging Wind Power in the U.S.’ from Earth Wise is a production of WAMC Northeast Public Radio.