You are here: Home / Air and Water / Lake Baikal 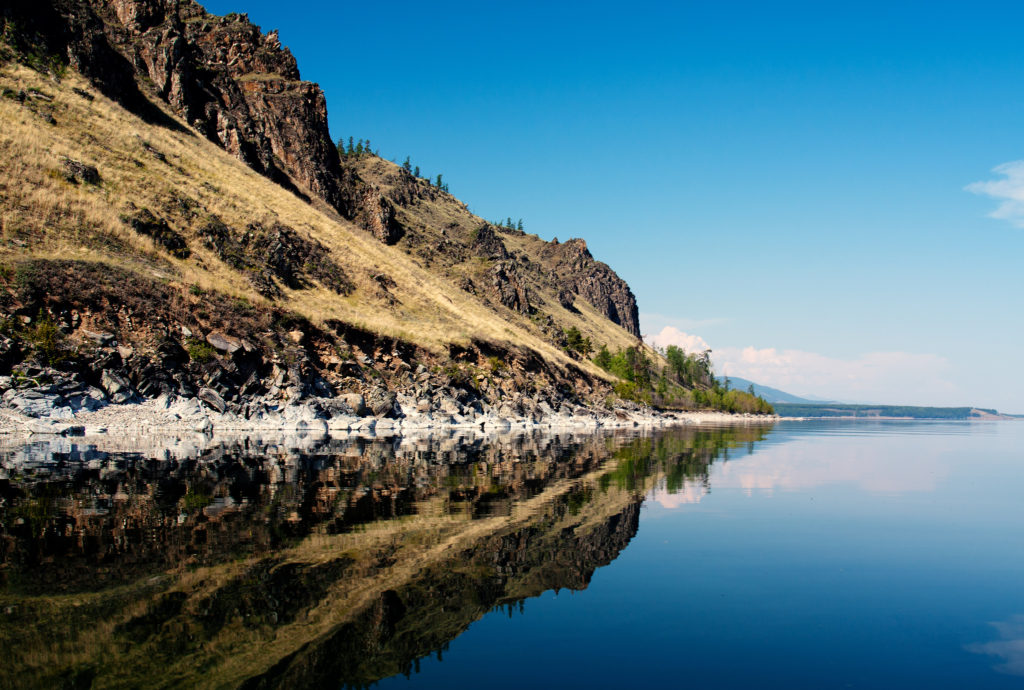 Lake Baikal is an ancient and massive body of freshwater found in the mountainous Russian region of Siberia.  Deep and voluminous, Lake Baikal holds 20% of the planet’s unfrozen freshwater.  And it’s often been described as the world’s cleanest and most pristine lake.

But according to a recent report in the New York Times, that’s no longer the case.  It’s been invaded by harmful algae.  Scientists have discovered dozens of sites with mass algal blooms around the lake’s 1,240-mile perimeter.

Algal blooms threaten many freshwater bodies all over the world, including the Great Lakes and Lake Geneva.  But Lake Baikal is especially precious as it contains more than 3,700 species, more than half of which cannot be found anywhere else.

Excess nutrients in the water, produced by human activities, fuel an excessive growth of algae, which suffocates other aquatic plants and animals by depleting the water of oxygen.  This process is known as eutrophication.

Algal blooms are not just a threat to plants and animals.  They can produce neurotoxins that are harmful to humans if consumed.

Researchers are conducting tests to try to pinpoint what exactly is causing the lake’s surge in algal blooms.   Fertilizer and other pollutant runoff as well as untreated sewage overflows are currently the leading suspects.  To that end, scientists have called for a ban on certain pollutants and for a modernization of sewage facilities around the lake.

But with Mongolia planning to build hydroelectric dams on the lake’s tributaries and with climate change increasing the lake’s water temperature and decreasing its winter ice cover, the iconic lake certainly has an uphill battle.  Will the triple stressors of pollution, dams and climate change combine to produce even greater effects on the lake?  Only time will tell.

‘Lake Baikal’ from Earth Wise is a production of WAMC Northeast Public Radio.