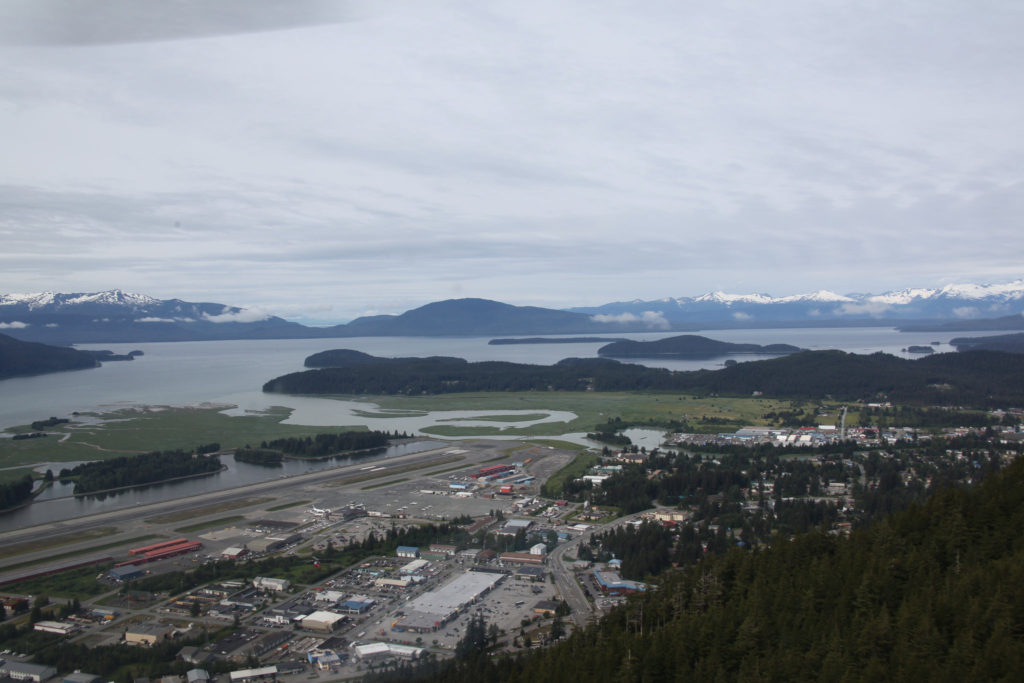 Because of its Arctic location, Alaska is warming about twice as fast as the rest of the United States.   The past year has been the warmest on record.  The forces of erosion and increasingly powerful storms have resulted in the imminent risk of destruction for at least 31 Alaskan towns and cities.   Many are predicted to become uninhabitable over the next few decades.  Residents of these places are likely to join the growing flow of climate refugees around the globe.

Disappearing offshore ice means that storm surges and waves can hit with greater force and bring more flooding and destruction.  The endangered Alaskan communities face a difficult choice.  They can move to higher ground – something that can cost hundreds of millions of dollars for even a small village – or they can stand their ground and hope to find the financial resources to strengthen their buildings and shore up their coastlines.

Several of the most threatened villages have voted to relocate when and if they can find a suitable site to move to and the money to make it happen.  Others, after years of meetings and efforts to gain government financing, have voted to stay and defend.  Either strategy is fraught with difficulties.

Getting financial help is extremely difficult.   Few government agencies are willing to invest in maintaining villages that are planning to move and go elsewhere.  Just announcing the intention to relocate can scuttle a community’s request for financing.

The Obama administration allocated $400 million for relocating threatened Alaskan villages in the proposed 2017 budget.   Under the new administration, it is unclear what is likely to happen.  The forces of nature will not wait to see.