You are here: Home / Podcast / Tsunami And Invasive Species 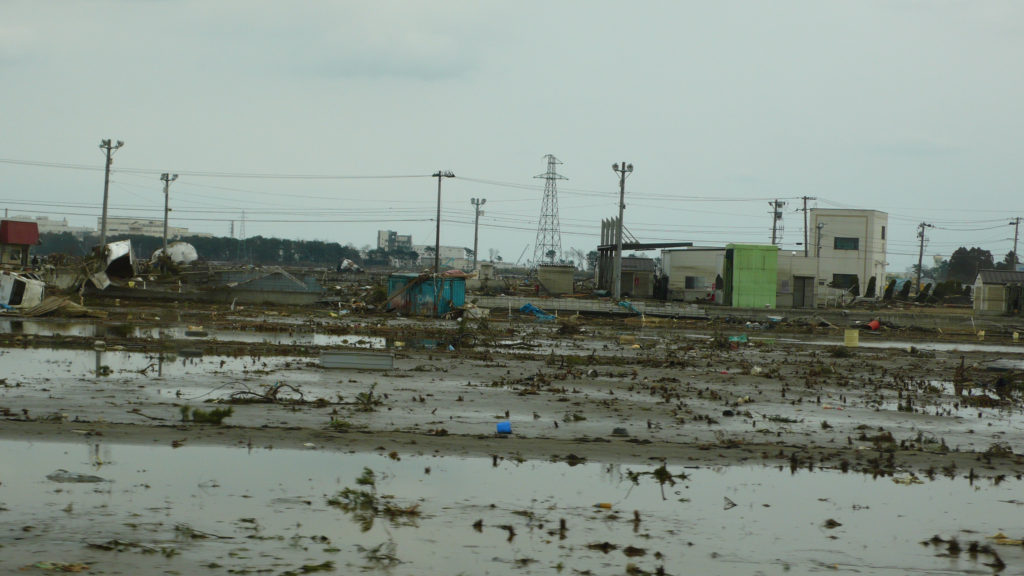 The research team was surprised that so many species survived the crossing.  They have detected 289 different species so far.  Mussels were the most common. Crabs, clams, sea anemones, star fish, and many others crossed the ocean, often hitching rides on pieces of plastic debris.

The massive earthquake that rocked Japan in March of 2011 triggered a huge tsunami that reached nearly 128 feet in height.  The enormous waves swept all sorts of things both big and small out to sea, ranging from tiny pieces of plastic to boats and docks.

One year later, scientists began spotting Japanese marine species attached to pieces of tsunami debris, washing up on the shores of Hawaii and on the U.S. coast from California to Alaska.

Even as this study drew to a close this year, new species were still washing up.  Researchers believe this will continue for several years as much of the tsunami debris remains at sea. No colonies of invaders have established thus far but scientists expect that to happen.

James Carlton, the study’s lead author, didn’t mince words, saying that “there’s nothing comparable (on) the scale of what we’ve seen before in the history of marine science.”

Scientists say the ubiquitous nature of plastics and other marine debris that does not decompose in the ocean was the key element that made this crossing possible.  With an ever-increasing amount of plastic pollution in the ocean and with climate change making storms more intense, scientists fear the threat of invasive marine species has never been greater.

Tsunami drives species ‘army’ across Pacific to US coast

‘Tsunami and Invasive Species’ from Earth Wise is a production of WAMC Northeast Public Radio.