You are here: Home / Podcast / The Problem Of Gas Flaring | Earth Wise 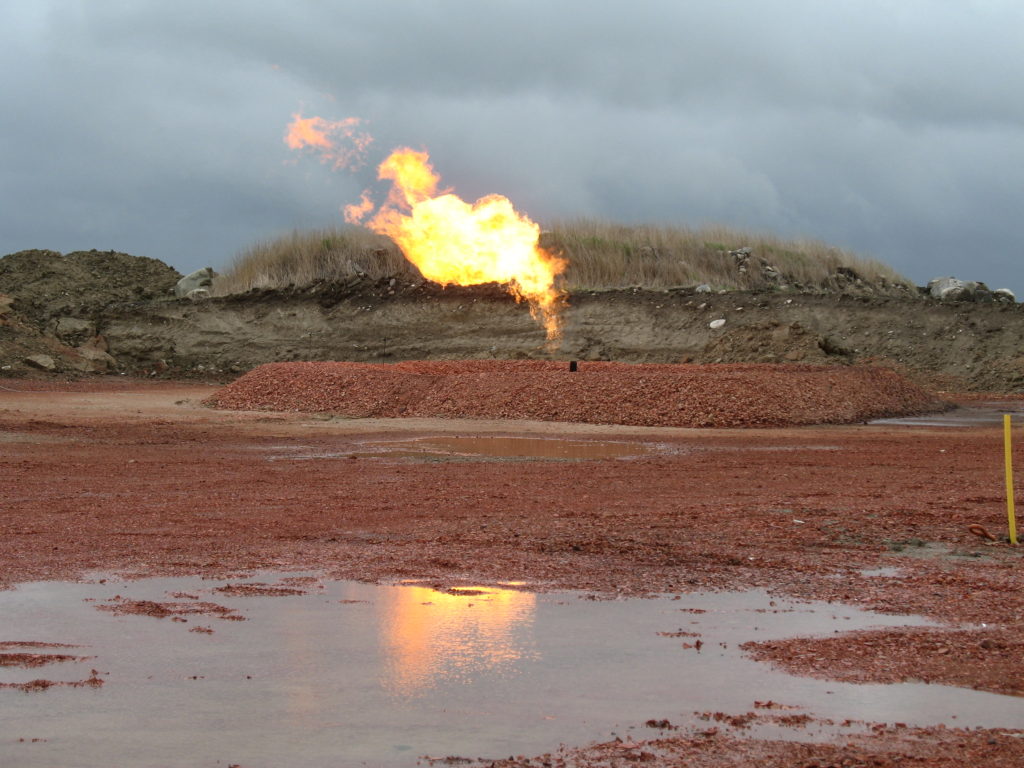 Gas flaring is the burning off of flammable gas released by pressure relief values during over-pressuring of plant equipment at petroleum refineries, chemical plants, natural gas processing plants, and a variety of oil and gas production plants.  Flaring is also used during plant startups and shutdowns.

A new study by Rice University concludes that reducing gas flaring would benefit both the environment and the economy. Flaring and venting of gas in West Texas’s Permian Basin and certain other parts of the U.S. have reached levels that the intended result of burning gas to allow oil extraction now looks more like wasting one resource to produce another.

At current rates, enough gas is flared in the Permian Basin to yield nearly 5 million metric tons of exportable liquid natural gas if it was captured and liquified.  At these rates, the wasted gas could fill the largest sized LNG carrier every ten days.  If that liquified natural gas was exported to China and used in a power plant, it would displace 440,000 metric tons of coal burned to generate electricity.

Burning natural gas to heat homes, power industrial processes, or generate electricity all emit carbon dioxide, but at least these things also perform valuable functions. Flaring gas produces CO2 as well as other combustion products but doesn’t even do anything useful.  The venting of unburned gas, which also takes place with some frequency, is even worse since it is dumping methane directly into the atmosphere.

Across the U.S., some 14.1 billion cubic meters of natural gas was flared in 2018, equivalent to nearly 9 million metric tons per year of LNG.  In energy terms, that is equivalent to more than one-third of the total LNG volume U.S. firms actually exported that year.