You are here: Home / Podcast / The Plight Of Monarch Butterflies | Earth Wise 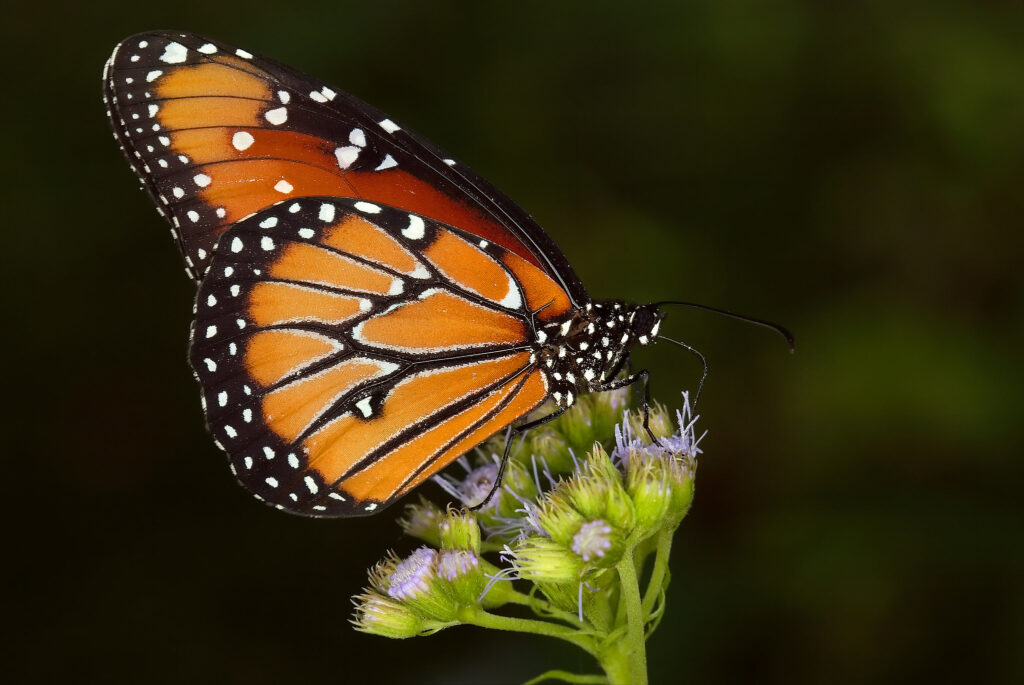 The monarch butterfly is one of the world’s best-known butterflies and has become the symbol for a whole class of imperiled pollinators.  Populations of the iconic orange-and-black insects have declined dramatically in recent decades.

According to the U.S. Fish and Wildlife Service, the eastern monarch population has dropped 88% between 1996 and 2020.  Habitat loss, pesticide use, and global climate change are some of the factors driving monarch butterfly population declines.

According to a new study led by scientists at Emory University, monarch butterflies are also increasingly plagued by a debilitating parasite.  The study, which was recently published in The Journal of Animal Ecology, reviewed 50 years of data on the infection rate of wild monarch butterflies by the protozoan Ophryocystis elektrosirrha (or O.E.).  The research team found that the O.E. infection rate had increased from less than 1% of the eastern monarch population in 1968 to as much as 10% today.

The O.E. parasite invades the gut of monarch caterpillars.  If the adult butterfly leaves the pupal stage with a severe parasitic infection, it begins oozing fluids from its body and dies. If the infection is lighter and the butterfly survives, it will not fly as well or live as long as uninfected butterflies.

If the infection rate continues to increase, monarch butterfly populations will likely continue to plummet.

Plight of the Monarch