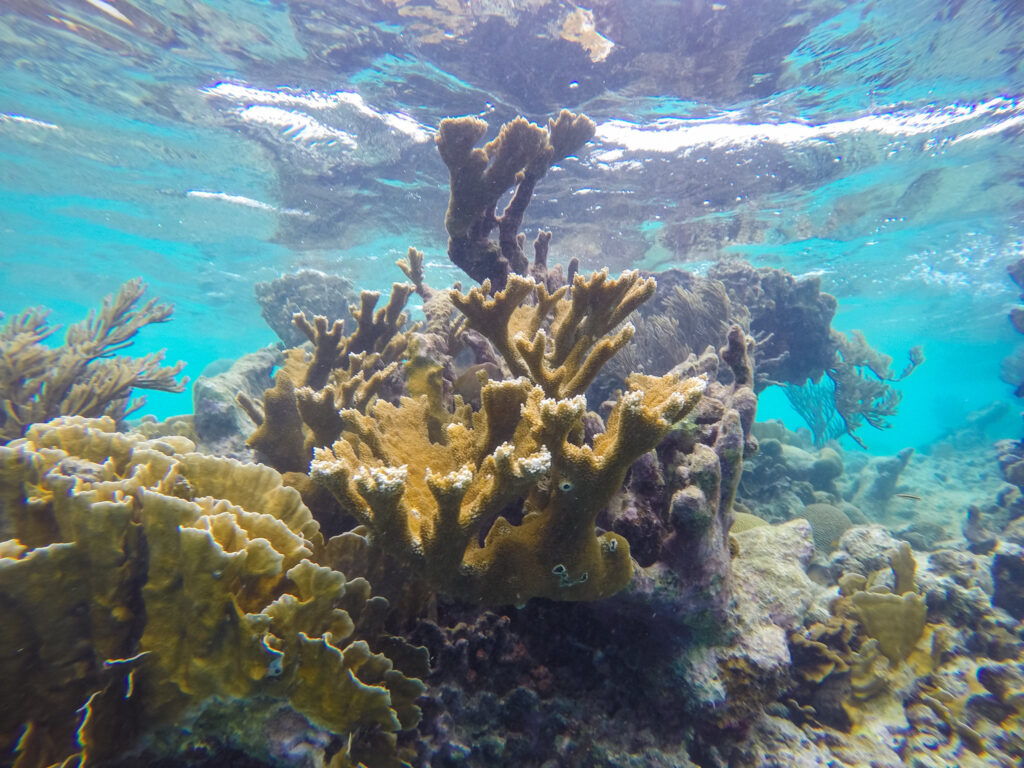 The dangers of overexposure to UV solar radiation have led to the extensive production and use of sunscreen products.  It is generally understood that many of the chemical compounds used in sunscreen products have toxic effects on marine organisms, but research in this area is relatively limited.

There are estimates that as many as 82,000 kinds of chemicals from personal care products have made their way into the world’s oceans.  In 2015, it was estimated that around 14,000 tons of sunscreen are ending up in the world’s coral reefs per year and causing irreparable damage.

Eighty-five percent of the Caribbean’s coral reefs died before the turn of the century, not as a result of global warming, but because of pollution.  Oxybenzone and octinoxate are two of the common sunscreen ingredients that are most toxic to corals.  Preservatives like parabens are also toxic.

There are much safer sunscreens such as those based on zinc oxide or titanium oxide.  In some places, such eco-friendly sunscreens are mandatory.  Sunscreens with SPF values above 30 contain a higher percentage of chemicals and have been shown to not really provide any more protection than SPF 30 products.

Apart from the choice of sunscreen product, if one really wants to reduce the negative impact sunscreen has on reefs and marine life, wearing sun-protective clothing such as rash-guards will allow the use of much less sunscreen and therefore result in less of it entering the ocean.

Products that can help protect against the harmful effects of UV radiation on human health are extremely important, but it is also important to identify and quantify the risks associated with these products to reef ecosystems.