You are here: Home / Podcast / Safer Places For Bus Riders 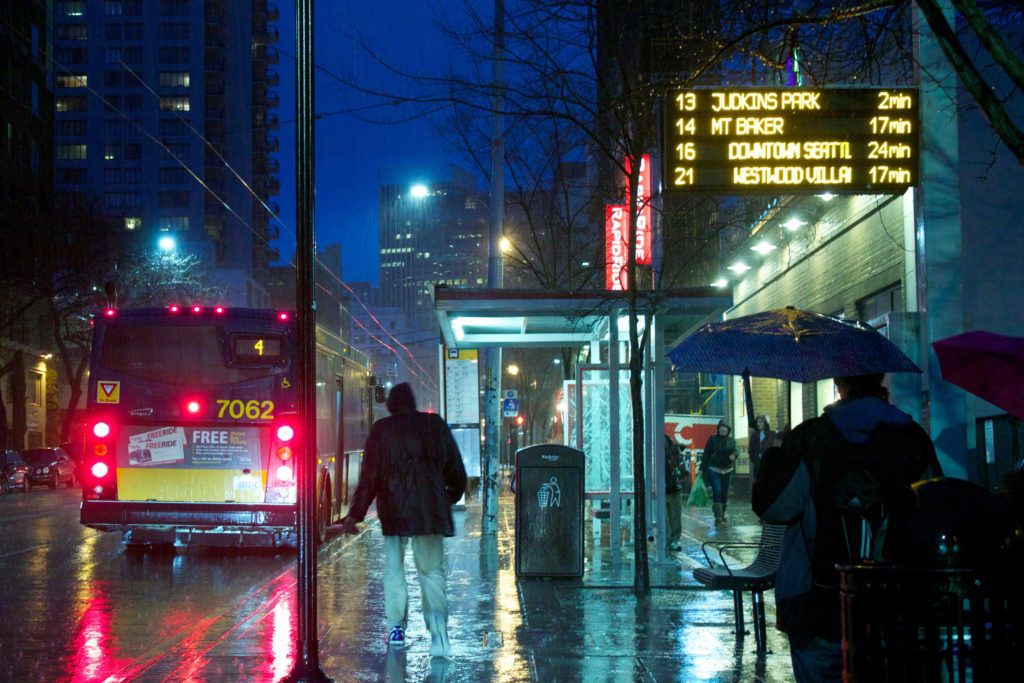 It is pretty typically for bus riders in cities to spend 15 to 25 minutes or more each way waiting for a bus.   The wait often means spending time in some of the most polluted locations in cities, close to intersections where cars, trucks and buses are continually stopping and accelerating, actions that produce high concentrations of harmful exhaust.

In a study published in the journal Environmental Pollution, researchers at UCLA found that simply moving bus stops away from intersections would substantially reduce the amount of pollution bus riders are exposed to.  Their measurements show that traffic-related pollutant concentrations peak near intersections and decrease sharply with distance.  Moving bus stops 120 feet down the block would make a big difference.

The study made use of a zero-emission vehicle equipped with specialized instruments that measured ultrafine particles and other tailpipe pollutants such as nitrogen oxide and carbon monoxide.  They made measurements in a number of neighborhoods in Los Angeles and surrounding areas such as Beverly Hills and the San Gabriel Valley.

Thousands of measurements in multiple locations provided clear evidence that except in areas of minimal traffic, relocating bus stops would significantly reduce exposure to pollution.  Unfortunately, traffic engineers believe that traffic flows better if bus stops are located near intersections and better traffic flow improves air quality.  Given this fact,  the best solution is not completely obvious.

‘Safer Places for Bus Riders’ from Earth Wise is a production of WAMC Northeast Public Radio.