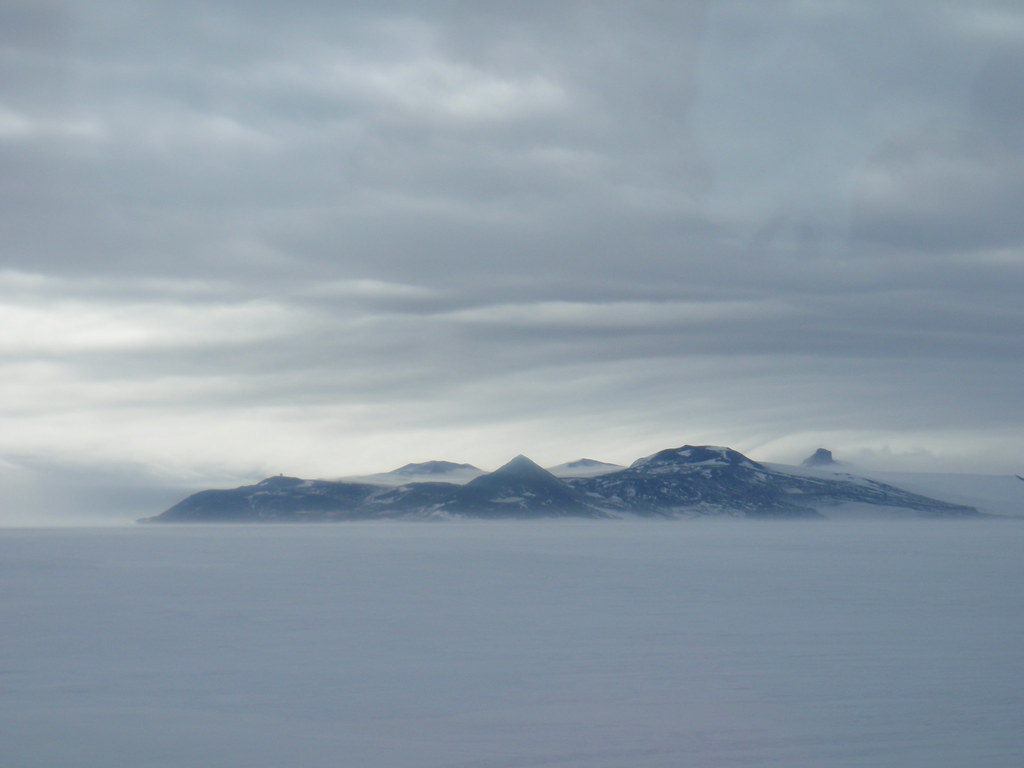 The Ross Ice Shelf in Antarctica is the world’s largest ice shelf, covering an area roughly the size of France.  Scientists have spent several years building up a record of how the northwest sector of the enormous ice shelf interacts with the ocean beneath it.  Their results show that the ice is melting much more rapidly than previously thought because of in-flowing warm water.

In general, the stability of ice shelves is thought to be mostly influenced by their exposure to warm deep ocean water.  But the new research has found that surface water heated by the sun also plays a crucial role in melting ice shelves.

The interactions between ice and ocean water that occur hundreds of meters below the surface of ice shelves have a direct impact on long-term sea level.  The Ross Ice Shelf stabilizes the West Antarctic ice sheet by blocking the ice that flows into it from some of the world’s largest glaciers.

When ice shelves collapse, the glaciers that feed them can speed up by a factor of two or three.  None of the collapsing shelves in the past have come anywhere close to the size of the Ross Ice Shelf, which is more than 100 times bigger.

The new study by New Zealand’s National Institute of Water and Atmospheric Research showed that sun-heated surface water flowing into the cavity under the ice shelf near Ross Islands caused melt rates to nearly triple during the summer months.  This indicates that the loss of sea ice resulting from climate change is likely to increase melt rates in the future.  While the Ross Ice Shelf is still considered to be relatively stable, the new findings show that it may be more vulnerable than previously thought.