You are here: Home / Podcast / Once In A Lifetime Floods And Climate Change | Earth Wise 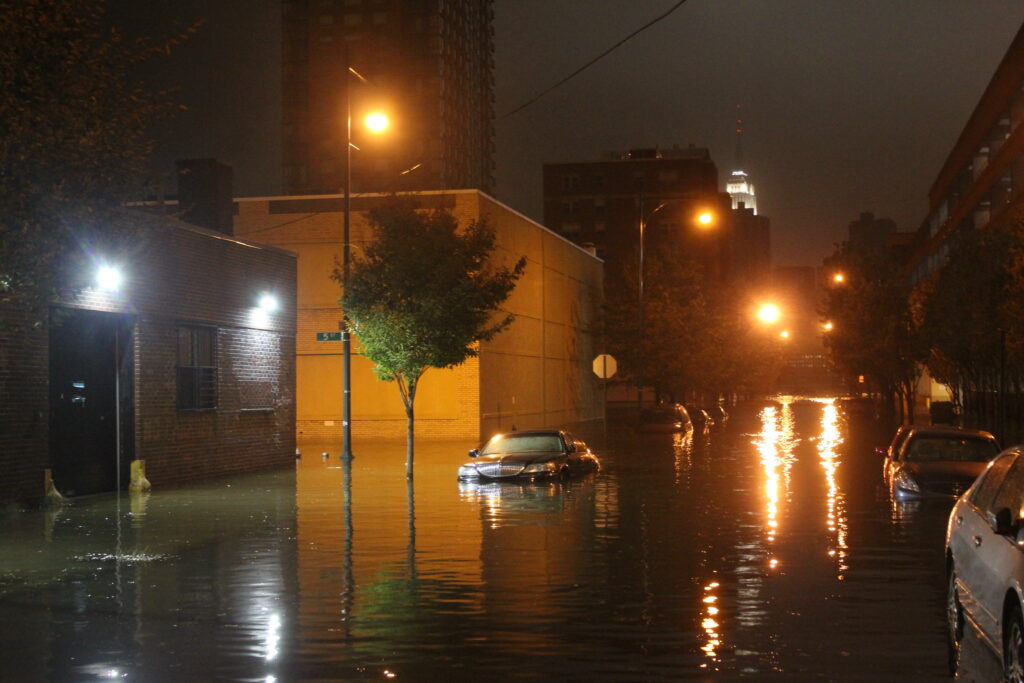 Superstorm Sandy was the deadliest hurricane of 2012 and one of the most destructive hurricanes ever to hit the United States.  According to the National Oceanic and Atmospheric Administration, Superstorm Sandy caused an estimated $74.1 billion dollars in damages.  That figure made it the fourth-costliest storm in U.S. history, trailing only Hurricane Katrina in 2005 and hurricanes Harvey and Maria in 2017.  Superstorm Sandy affected 24 states and all of the eastern seaboard.

New York was one of the states pummeled by Superstorm Sandy.  The storm brought flood-levels to the region that had not been seen in generations.  But according to a new study published in the journal Climatic Change, those flood levels could become much more common.

Researchers at Stevens Institute of Technology have found that 100-year and 500-year flood levels could become regular occurrences by the end of the century for the thousands of homes surrounding Jamaica Bay, NY.  The researchers say climate change is the culprit.

While this particular study is specific to Jamaica Bay, it does serve as an example of just how severe and costly the consequences of climate change will be.