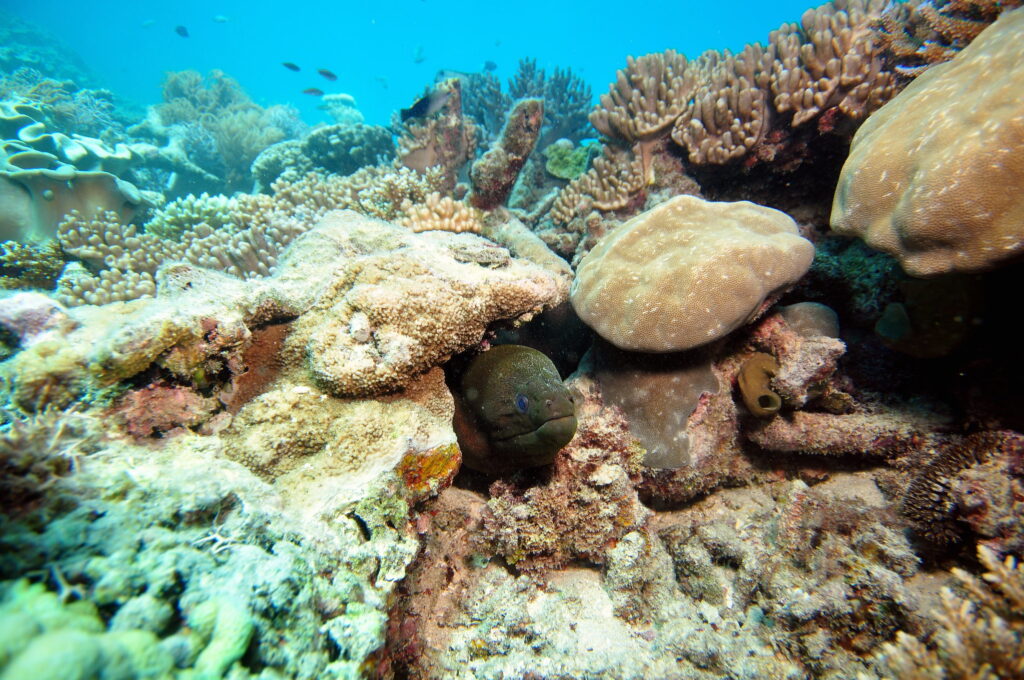 The Great Barrier Reef is the world’s largest coral reef system.  It is composed of nearly 3,000 individual reefs and 900 islands covering an area of more than 130,000 square miles.  In recent times, it has been under unprecedented stress from ocean warming, tropical cyclones, sediment and nutrient runoff, marine pests, and ocean acidification.

Among these stressors, ocean acidification is one of the most significant threats to the long-term viability of the reef because acidification affects the ability of corals to rebuild and repair their structures and recover from bleaching events.

New research from CSIRO, Australia’s national science agency, studied the impact of artificial ocean alkalinization on the acidity of the waters in the Great Barrier Reef.  The idea is to inject a source of alkalinity into the ocean, an accelerated version of a natural process that occurs from the chemical weathering of minerals under the sea.

The results of the study, published in the journal Environmental Research Letters, are that injecting an alkalinizing agent into the ocean along the length of the Reef would make it possible to offset ten years’ worth of ocean acidification based on the present rate of human-generated carbon emissions.  Such an effort could use an abundant mineral resource like olivine, which is already mined near the Great Barrier Reef.  Releasing 30,000 tons a day of the alkalinizing agent from an existing shipping line from a bulk carrier would reach almost the whole of the Great Barrier Reef.

In response to the declining health of coral reef ecosystems, many different intervention concepts and technologies are under consideration.  The goal of these would be to minimize environmental pressures and enhance the resilience of the ecosystems.