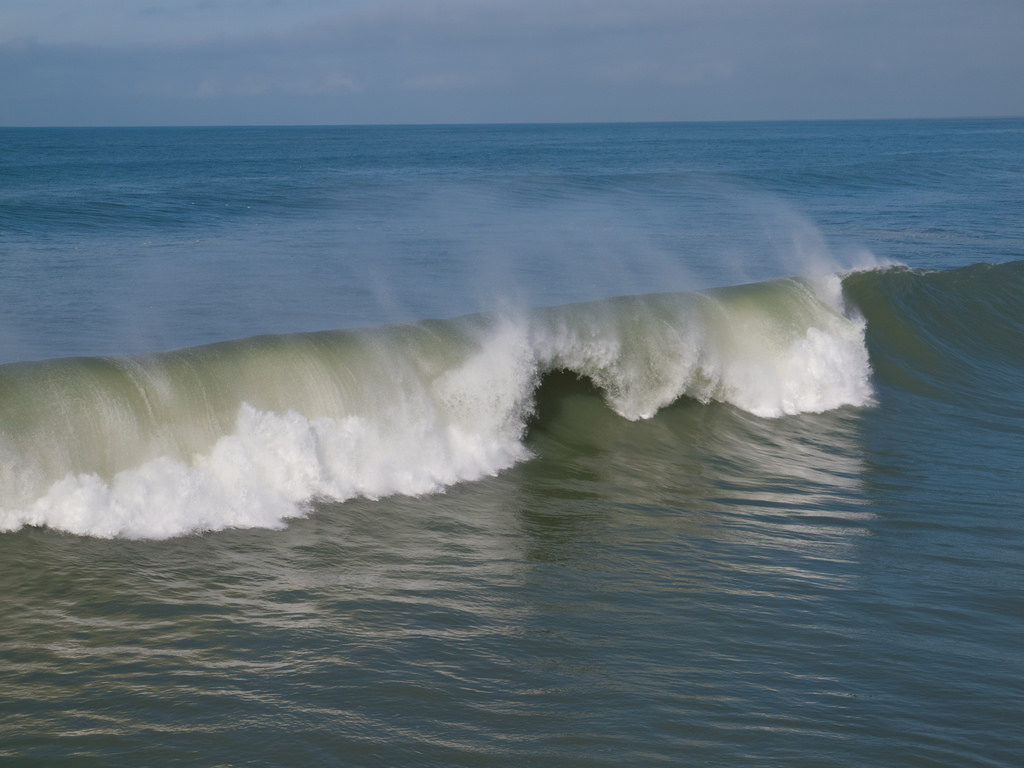 Tidal energy is the most advanced technology to date.  There are a number of tidal systems installed in Europe and Asia.  There are some floating tidal devices that do not require heavy and costly foundation systems.  There are newer systems that extract energy from tidal flow using sails, kites, or devices that simulate fish-swimming motion.

Wave energy research has been going on for 40 years.  Newer devices developed with the aid of artificial intelligence and learning algorithms are more efficient and simpler in design than earlier systems.  Such wave systems are, however, at early stages of development.

There are other ways to extract ocean energy as well including from currents, salinity gradients, and thermal gradients.  But all the methods combined currently add up to only 0.01% of electricity production from renewable sources.  In total, the world-wide installed capacity of ocean power is about 500 MW.

These small numbers are in sharp contrast to estimates that the worldwide potential is for over 300 GW of wave and tidal energy capacity by the year 2050 and possibly a similar amount of ocean thermal energy conversion on top of that.

There is a great emphasis upon solar and wind power for good reason, as these technologies are fairly mature and are increasingly attractive from an economic standpoint.  But our needs for energy are such that not taking advantage of the enormous energy resource represented by the oceans of the world would be a major mistake.