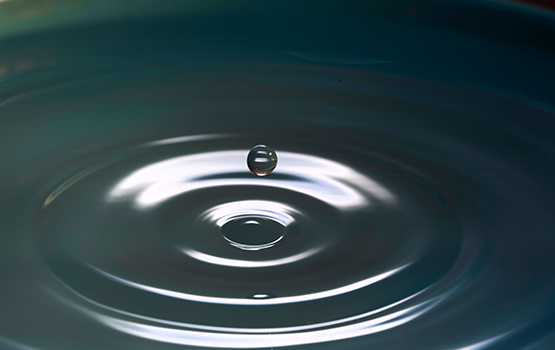 We have occasionally talked about metal-organic frameworks, which are organic-inorganic hybrid crystalline structures that have a microscopic cage-like structure.  MOFs have been under development for a diverse set of applications including gas storage and separation, liquid purification, energy storage, catalysis, and sensing.

For the first time, an international research team, led by researchers from Monash University in Australia, has created an ultrathin porous membrane based on MOF technology that can completely separate potentially harmful ions, such as lead and mercury, from water.

This innovation could enhance water desalination and transform even the dirtiest water into something potable for millions of people around the world.  The new membrane performed steadily in tests for more than 750 hours using only limited energy.

The technology uses water-stable monolayer aluminum-based MOFs just a millionth of a millimeter in thickness.  These are essentially two-dimensional structures.  The ultrathin membrane is permeable to water – it achieves maximum porosity – but rejects nearly 100 percent of ions.  It has been a daunting challenge to fabricate ultra-thin MOFs for water-based processing.  Most previous membranes were too thick and unstable in water.

Most existing ion separation membrane technologies are based on polymers and have the limitation that they have limited selectivity.  They don’t reject all unwanted ions.

The new membrane technology has great potential based on its precise and fast ion separation and could be ideal for a variety of filtration applications such as gas separation and separation of organic solvents such as paint.  Such membranes might also be used to remove harmful carcinogens from the atmosphere.