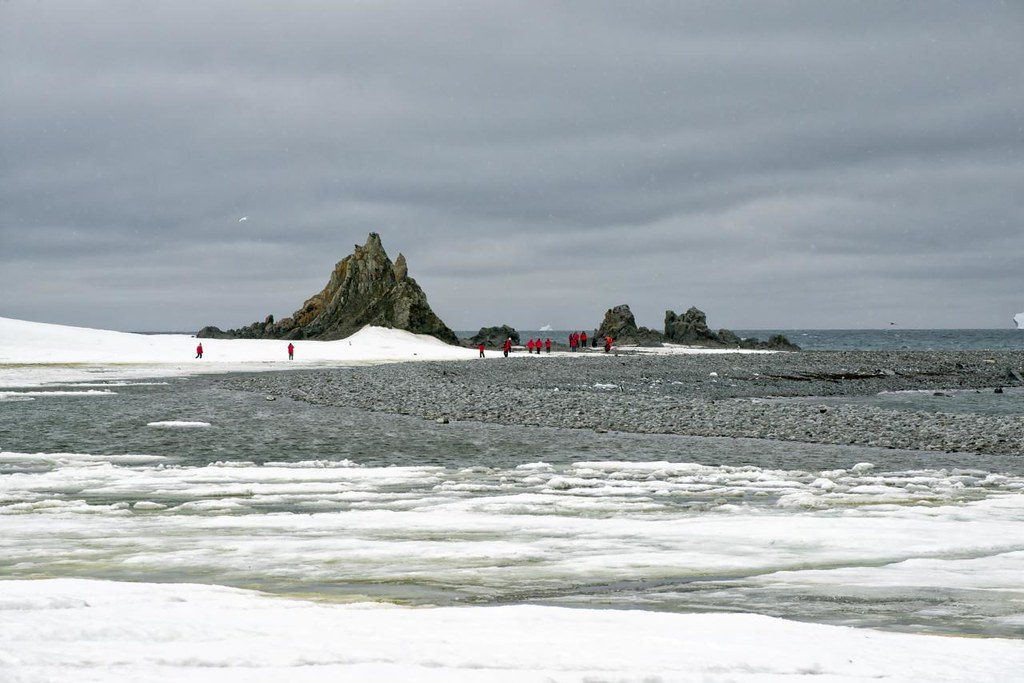 East Antarctica is the coldest place on Earth.  It makes up two-thirds of the continent, is home to the South Pole, and has vast ice sheets that have been around for tens of millions of years and are nearly three miles thick in places.  Temperatures there hover around 67 degrees below zero.  In 2010, a few spots on East Antarctica’s polar plateau reached a record-breaking 144 degrees below zero.

But almost unbelievably, parts of the East Antarctic seem to be melting.

Scientists are seeing worrying signs of ice loss in the East Antarctic.  Glaciers are starting to move more quickly and are dumping their ice into the Southern Ocean.  Satellite images show the fast-moving ice.  The biggest glacier – the Totten Glacier – alone contains enough ice to raise global sea levels by over 12 feet.

The Antarctic as a whole contains about 90% of the planet’s ice.  In theory, if it all melted, it would raise global sea levels by an average of 200 feet.

The growing concerns about eastern Antarctica are not that its interior plateau will soon start to melt.  It is still extremely cold there and should stay that way for a long time.  But its edges, which are in contact with warming ocean waters, are the real worry.  As the region’s ice shelves, which float atop the Southern Ocean, erode, the vast glaciers behind them could rapidly accelerate their slide into the sea.

Today, satellites show huge glaciers moving rapidly toward the coast, with wide rivers of ice sometimes moving several miles a year.  In the face of rapid change and limited data, it is difficult to predict what the Antarctic will do in the future.  But it doesn’t look good.

Polar Warning: Even Antarctica’s Coldest Region Is Starting to Melt