You are here: Home / Podcast / GM And Fuel Cells 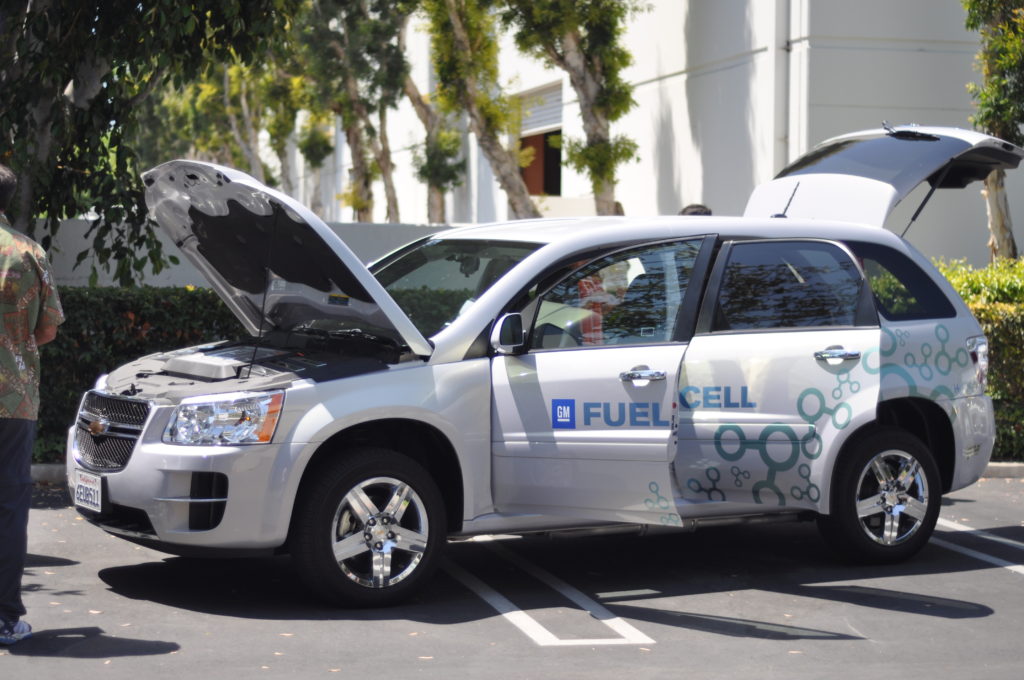 There has been a spate of announcements from major car manufacturers in recent times detailing their plans to electrify their future vehicles.  General Motors recently announced its “path to zero emissions” plan which includes the introduction of at least 20 electric vehicles by 2023.  They are joining Volvo, Volkswagen, Toyota and others in making such an announcement.

GM is not a newcomer to electric vehicles.  It introduced the ill-fated EV1 car back in the 1990s.  In recent years, it has had considerable success with the gas-electric hybrid Volt (with a V) and now it is doing very well with the new all-electric Bolt (with a B.)  But GM is not only looking at battery-powered cars; it is also looking into hydrogen fuel cell vehicles.

GM has been tinkering with fuel cell technology since the 1960s and has been collaborating with Honda on fuel cells for the past 4 years.  The two companies are partnering in an $85 million fuel cell plant in Michigan.

The most visible company in the electric car space – Tesla – has firmly rejected the prospects for fuel cell vehicles, but many other companies including Honda and Toyota see hydrogen-powered cars as the ultimate way to go.

Like battery electric cars, fuel cell cars have zero emissions from their tailpipes.  But the missing link is a clean sustainable supply of hydrogen fuel.  Presently, hydrogen is mostly refined from natural gas and the process is both energy-intensive and not particularly green.  There are a number of carbon-free ways to produce hydrogen that have potential, but unless and until there is a viable and sustainable hydrogen infrastructure, fuel cell cars will remain a promising technology for the future.

‘GM and Fuel Cells’ from Earth Wise is a production of WAMC Northeast Public Radio.