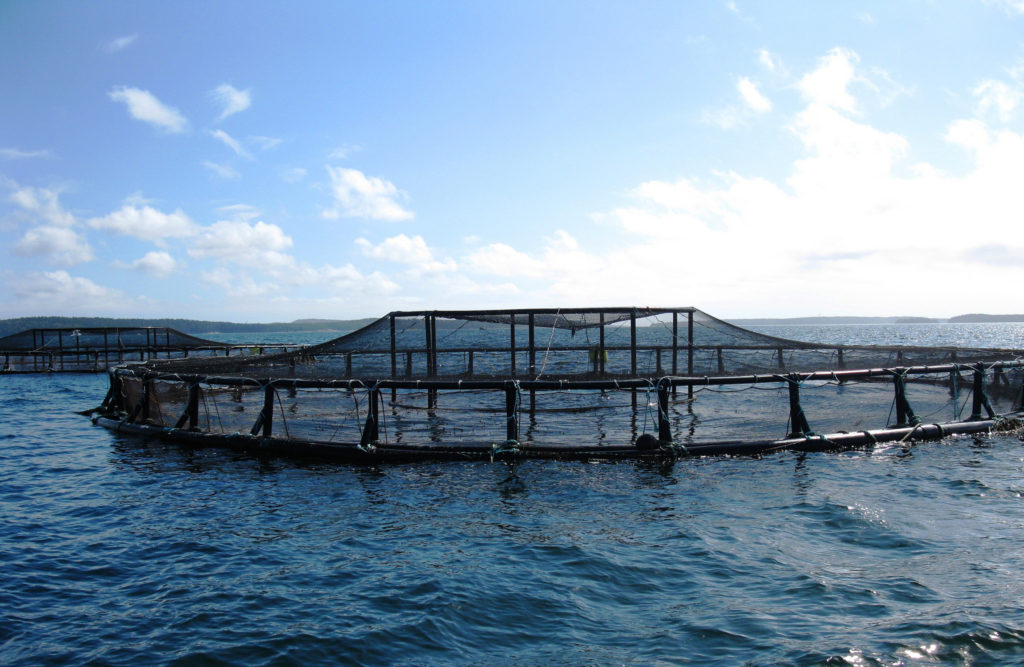 A number of American aquaculture promoters – with the backing of at least some mainstream conservation groups – are advocating for deepwater fish farms, located far away from the shore, where stronger currents and deeper waters can dilute and wash away waste and pollution.

A New York startup company called Manna Fish Farms wants to establish a striped bass fish farm about 8 miles off the coast of Southampton, Long Island.  The plan is to use an automated feed system that can be operated from shore and to rely on hatchlings identical to wild striped bass, thereby alleviating concerns about escaped fish, which are a problem for fish farms that specialize in non-local species.

Developing aquaculture projects in U.S. federal waters – those 3 to 200 miles from shore – is no easy matter.  At least half a dozen federal agencies are involved in permitting the farms including the National Oceanic and Atmospheric Administration, the Environmental Protection Agency, the Army Corps of Engineers, the Coast Guard, and the U.S. Fish and Wildlife Service.

Beyond the regulatory challenges, there are logistical issues and there are groups opposed to the idea.  Nevertheless, there is a clear need for sustainable aquaculture and there are many reasons to believe that properly run deepwater fish farms have advantages over those established close to shore.  The strong supporters of U.S. offshore aquaculture don’t defend aquaculture practices elsewhere in the world.  Instead, they encourage that more should be done here in the U.S. where it can be better regulated and more sustainable.

Can Deepwater Aquaculture Avoid the Pitfalls of Coastal Fish Farms?

‘Deepwater Aquaculture’ from Earth Wise is a production of WAMC Northeast Public Radio.