You are here: Home / Podcast / Cities And Monarch Butterflies 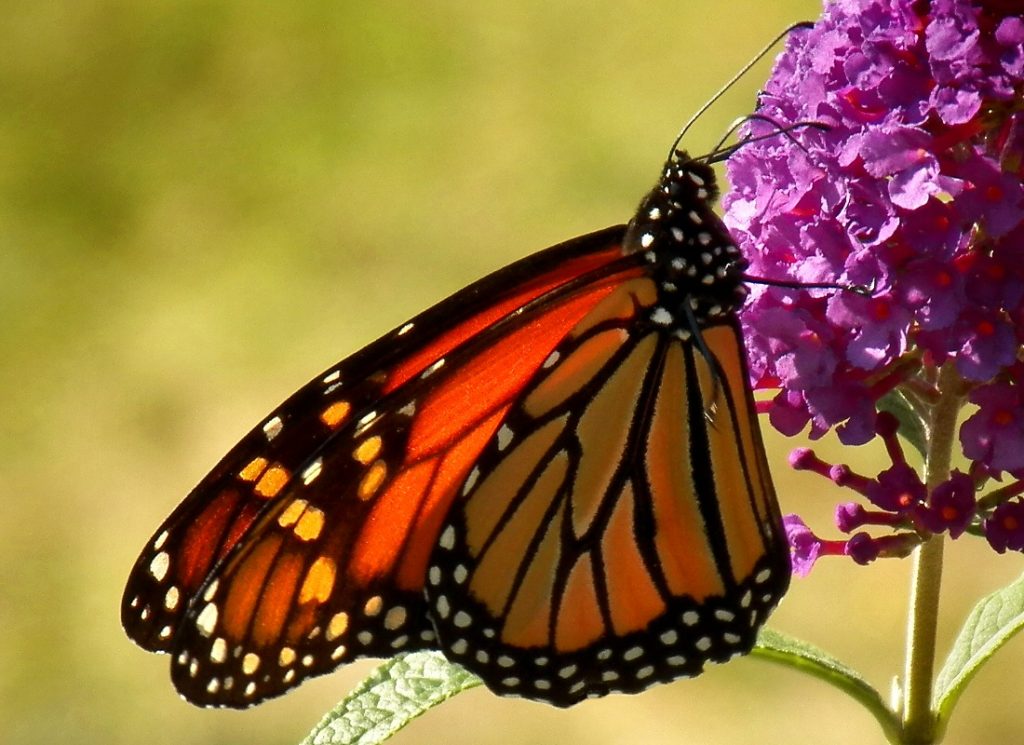 Monarchs are some of the most well-known butterflies in the U.S.   It is well-known that populations of the iconic orange-and-black butterflies have been in a steep decline for the last 20 years.  In fact, the Monarch population has declined by 80% over that period.

Milkweed, the only plant that Monarchs can lay their eggs on, continues to disappear across the United States and with it, the butterflies can disappear too.

Two new studies published in the journal Frontiers of Ecology and Evolution show that one of the most important things that can be done to save the Monarchs is to plant milkweed in cities.

We tend to think of cities as being the enemy of nature.  But metropolitan areas actually matter for wildlife conservation and that is especially true for pollinators like butterflies that can actually survive with very small patches of habitat.

The new study estimates the amount of habitat in cities that is available to Monarchs and other pollinators and how much more can potentially be added.  It looked at cities from the Monarch’s point of view by identifying the best places and most effective ways to engage land owners to transform low-quality green space – such as lawns – into high-quality homes for butterflies and other wildlife.

Just because urban dwellers can plant milkweed doesn’t always mean that they will.  There has to be a public perception that milkweed and other native flowers are acceptable and beautiful elements in home landscaping.  It will require some shifting of societal norms of what is desirable in neighborhood gardens in order for cities to be able to do their part in protecting butterflies and other species struggling in the modern world.