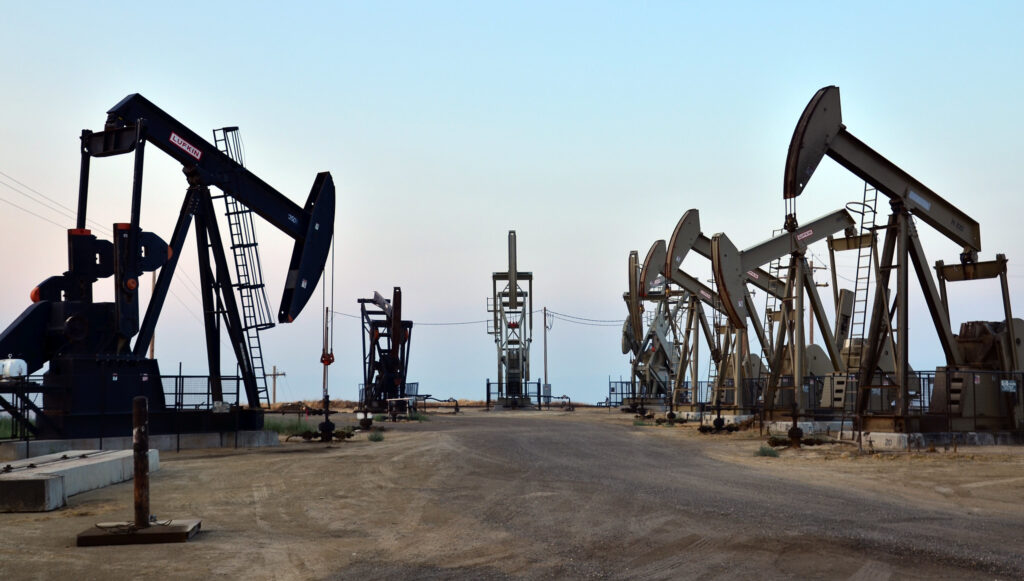 For people in the Los Angeles area, it is a familiar sight to see oil wells pumping away on hillsides, in residential neighborhoods, and other places.  In fancier parts of town, oil wells are hidden behind facades located next door to dry cleaners and lamp stores.

Every year, more than 140 million barrels of oil are extracted from the state of California, coming from a vast subterranean formation that spans nearly the entire state along the coast and spreading inland as well.  About 30% of the state’s oil comes from the Los Angeles area.

The oilfields are mostly old, and their wells played out.  As a result, high-tech drilling and a slew of toxic chemicals are needed to extract the last dregs of crude oil.

Unlike more rural oil-producing states, where oilfields might be uninhabited except for the people who work on them, drilling in California happens to a large degree in residential settings.  Over the years, it has become increasingly clear that certain chemical byproducts of oil extraction, among them benzene and hydrogen sulfate, can cause a variety of health problems.  For example, recent research has found connections between exposure to oil and gas well sites and spontaneous pre-term births, low-birthweight babies, and other adverse birth outcomes.

Statewide, little is being done to protect residents and schoolchildren from any of the suspected consequences of living near an oil or gas well.  Regulations are weak and spottily enforced because the oil industry still wields a lot of political power in the state.  Environmental groups and justice advocates are actively seeking to create new protections for California citizens, but it remains an uphill battle.