You are here: Home / Podcast / Better Sell-By Dates For Milk 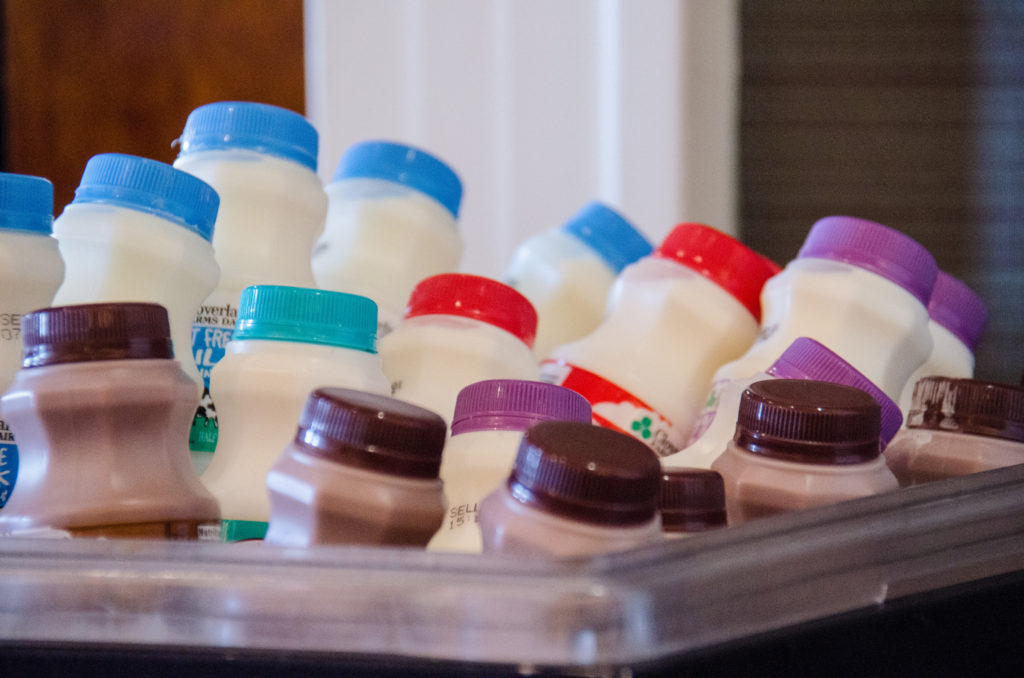 Milk has a relatively short shelf life because several types of spore-forming bacteria are remarkably hardy.  Some types can survive even the best pasteurization regimens and persist in the cleanest dairy production plants.  They are present at pretty much every step of the dairy chain and can survive harsh heat, dryness, and sanitizers.   When the bacteria spores germinate, they can cause off flavors and curdle milk.

A research group at Cornell has developed a predictive model that characterizes the growth of spore-forming bacteria under various conditions.  The model allows milk producers to better estimate shelf life and to figure out what conditions extend it.

If the dairy industry can take steps to reduce the presence of spore-forming bacteria and control their potential growth, the shelf life for milk could be improved from two weeks to perhaps a month.

The most critical factor is temperature.  The model shows that lowering the refrigeration temperature of milk from 43 degrees to 39 degrees reduces the percentage of milk half gallons spoiled after 21 days from 66% to only 9%.

The researchers imagine future milk packaging that contains much more accurate shelf life information including a time-temperature indicator that provides a prediction based on the actual refrigeration conditions being used.

In the meantime, the best way to keep milk tasting good for as long as possible is to make sure your refrigerator is set at a nice low temperature.