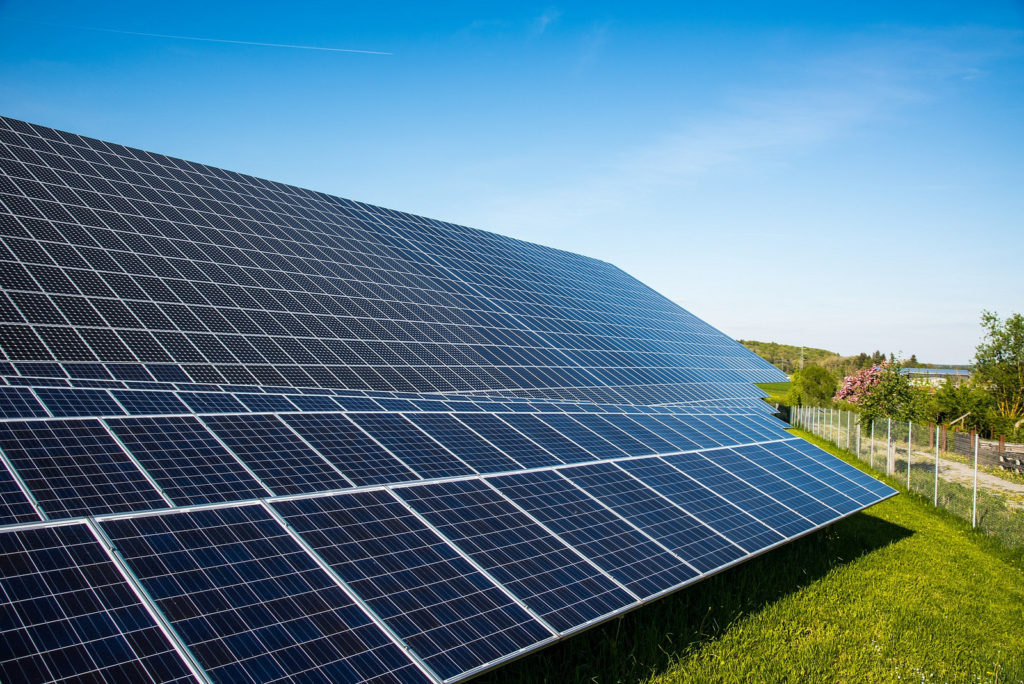 Commercially-available solar panels are composed of solar cells that are most often made from various forms of silicon.  Some panels use thin-film cells made from other semiconductor materials.  Solar cells utilize a property of semiconductors that allows them to convert light energy into electrical energy.

There have been ongoing efforts for many years to find alternative materials for solar cells often seeking ways to make them more cheaply, but also trying to achieve other properties such as increased efficiency, mechanical flexibility or better performance in less-than-ideal lighting conditions.

There has been quite a bit of research on so-called biogenic solar cells – ones made using living organisms.  Many efforts have focused on extracting the natural dye that bacteria use for photosynthesis.  To date, such dye-sensitized solar cells have been costly and complex to make and degrade rapidly over time.

Researchers at the University of British Columbia have developed a process by which the dye is left in the bacteria rather than extracted.  They genetically engineered a strain of E. coli to produce large amounts of the dye lycopene, coated the bacteria with a mineral that acts as a semiconductor, and then applied the mixture to a glass surface.

The resultant solar cell had nearly double the current generating ability of previous dye cells and, perhaps more importantly, it worked as efficiently in dim light as in bright light.

The process costs a tenth of other dye cell techniques and the researchers believe it can be optimized to produce cells as efficient as conventional solar cells.  The challenge is to figure out how to keep the bacteria alive so that it can produce the light-harvesting dye indefinitely.