You are here: Home / Podcast / A Giant Seaweed Bloom 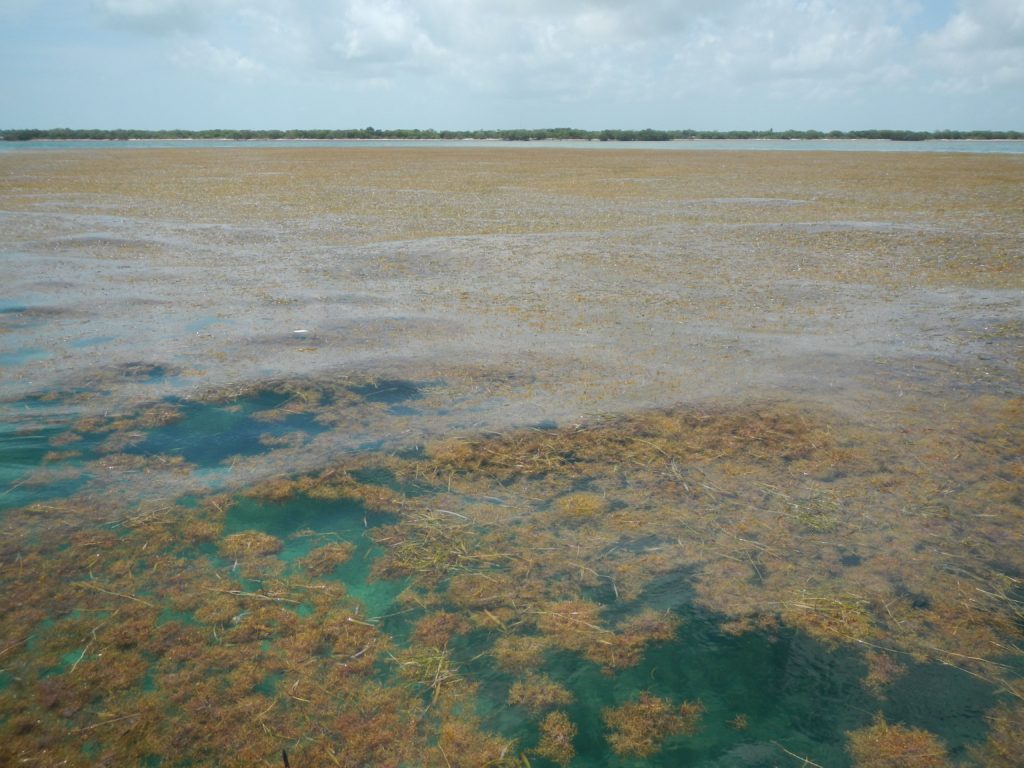 Scientists using data from NASA satellites have discovered and documented the largest bloom of seaweed in the world, stretching all the way from West Africa to the Gulf of Mexico.  The gigantic macroalgae bloom has been dubbed the Great Atlantic Sargassum Belt.

The brown seaweed floats in surface water and in recent years has become a problem to shorelines lining the tropical Atlantic, Caribbean Sea, Gulf of Mexico, and east coast of Florida.  The stuff carpets popular beach destinations and crowded coastal waters. In 2018, more than 20 million tons of it floated on the ocean surface.

Scientists have been studying the Sargassum algae using satellites since 2006, but the major blooms have only started appearing since 2011.  They have occurred every year between 2011 and 2018 except for 2013.  Before 2011, most of the free-floating Sargassum in the ocean was primarily found in patches around the Gulf of Mexico and the Sargasso Sea located on the western edge of the central Atlantic Ocean.

Sargassum provides habitat for turtles, crabs, fish and birds, and produces oxygen via photosynthesis.  However, too much of it can crowd out many marine species.

According to researchers, the ocean’s chemistry must have changed in order for the bloom to get so out of hand.  The factors involved include a large seed population left over from a previous bloom, nutrient input from West Africa, and nutrient input from the Amazon River.  The increase in nutrients may be a result of deforestation and fertilizer use.

Climate-change effects on precipitation and ocean currents ultimately do play a role in this, but increased ocean temperatures do not.  Unfortunately, these giant seaweed blooms are probably here to stay.