You are here: Home / Climate Change / The Methanol Economy 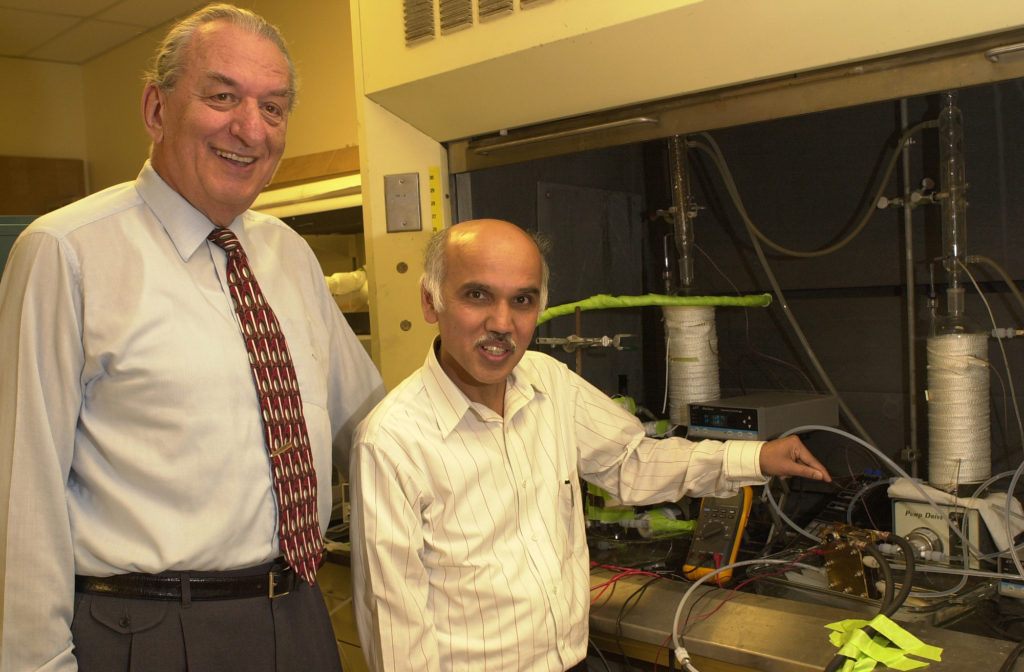 The methanol economy is an idea that was promoted by the late Nobel-prize-winning chemist George Olah since the 1990s.  The idea is to replace fossil fuels with methanol for energy storage, ground transportation fuel, and raw material for hydrocarbon-based products.   Methanol is the simplest alcohol and can be produced from a wide variety of sources ranging from fossil fuels to agricultural products to just carbon dioxide.  Methanol can be used directly as a fuel or it can be reformed into hydrogen, which can then itself be used as a fuel.

Methanol only stores half the energy of gasoline, but is a much cleaner fuel.  Race car drivers prize it for its higher octane on shorter tracks and because it produces clearer smoke.

The research of Olah’s team at the USC Loker Hydrocarbon Research Institute has been focused on finding a way to extract hydrogen fuel from methanol that is carbon-neutral or even carbon-positive.  Recent research has demonstrated important progress to this end, which could provide a clean way to power our cars, warm our houses and help produce food.

Existing techniques for producing hydrogen from methanol produce carbon monoxide and carbon dioxide as part of the extraction process.  The new research, representing the last work of Professor Olah, outlines a way to produce hydrogen while trapping the carbon compounds in organic derivatives of ammonia called amines.

In previous work, the USC group demonstrated a method of producing methanol directly from the carbon dioxide in the air.  Turning CO2 into methanol and producing hydrogen from the methanol without ending up with CO2 again is a win-win scenario.

There are many paths being followed that lead to practical hydrogen technology.  The methanol economy is a very promising one.

‘The Methanol Economy’ from Earth Wise is a production of WAMC Northeast Public Radio.