You are here: Home / Agriculture / Did People Create The Sahara Desert? 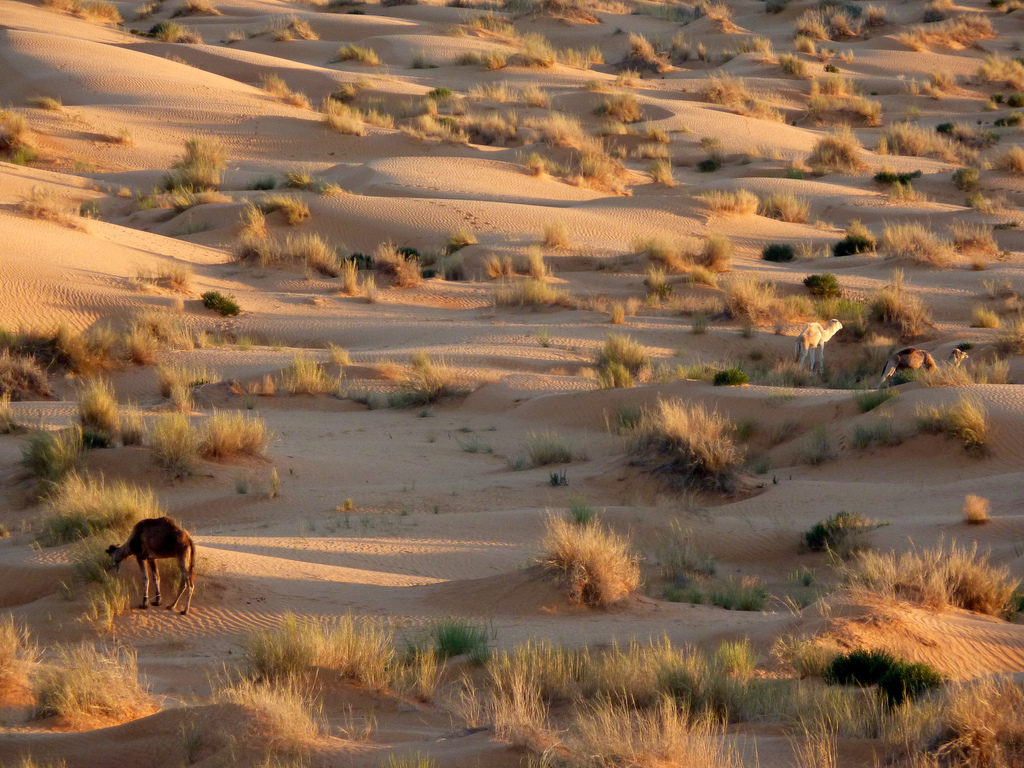 One of the arguments some people make when discussing human causes of climate change is that people can’t cause such massive changes.  However, there is a long historical record of human-driven ecological and climatic change in Europe, North America and New Zealand, among other places.

The Sahara Desert region was a lush, green landscape 10,000 years ago.  Scientists have long debated what factors contributed to the creation of the arid Sahara environment that exists today.  Many studies pointed to changes in the Earth’s orbit or natural changes in vegetation as the major driving forces.

However, new research suggests that humans may have played a significant role in the desertification of the Sahara.  The hypothesis is that pastoral communities began to appear in the region about 8,000 years ago and the expansion of agriculture had a severe effect on the region’s ecology.  As more vegetation was removed by the introduction of livestock, it increased the albedo (the amount of sunlight reflected from the earth’s surface) which in turn influenced atmospheric conditions sufficiently to reduce monsoon rainfall.  Declining monsoons led to further vegetation loss, causing a feedback loop that eventually spread over the entirety of the modern Sahara.

Studies of the records of the spread of scrub vegetation – which indicates the shift towards desertification – are consistent with the hypothesis.  The Sahara used to have lakes everywhere.  Excavating former lake beds will reveal vegetation and archaeological information that will shed more light on the issue.

The Sahara can teach us important things about how we change ecological systems and our impact on the environment.

Did humans create the Sahara desert?

‘Did People Create the Sahara?’ from Earth Wise is a production of WAMC Northeast Public Radio.