You are here: Home / Climate Change / NASA And Chimpanzees 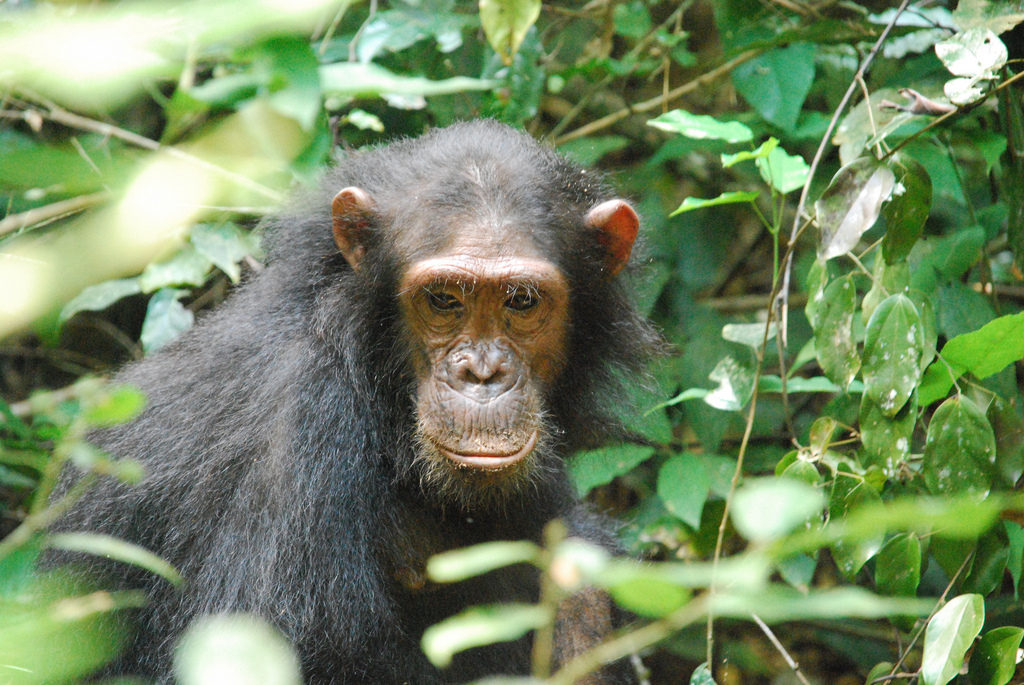 For instance, satellite images of Tanzania’s Gombe National Park – the location of the Jane Goodall Institute and many chimps – show that the park was awash with bright green splotches in 1972, an indication of healthy forest cover.  But satellite images taken in 1999 show that much of the green had turned brown – an indication of widespread deforestation.  In fact, during those 27 years, the park lost 80% of its forests.

These satellite images illustrate how human activities can impact the land.  When these images are overlaid with chimp behavior and ranging data, conservationists can pinpoint where chimps are most at risk and develop strategies to protect them.

But just as importantly these satellite images allow villagers in the region to see how their land use decisions, such as agriculture, logging, and charcoal production, impact the environment.  Deforestation in this region has caused chimps to lose critical feeding and nesting habitat, and caused villagers to lose valuable forest resources and to experience widespread flooding and erosion.

As a result, villagers formed a partnership with the Jane Goodall Institute to help protect the forests and to manage their land more sustainably.  Today, the forests of Gombe National Park are making a comeback.  And it’s the satellite imagery that’s driving the change, both by informing conservationists and by empowering local communities to make better decisions.

How NASA Satellites Are Helping To Protect Endangered Chimpanzees

‘NASA and Chimpanzees’ from Earth Wise is a production of WAMC Northeast Public Radio.