You are here: Home / Air and Water / Bottled Water 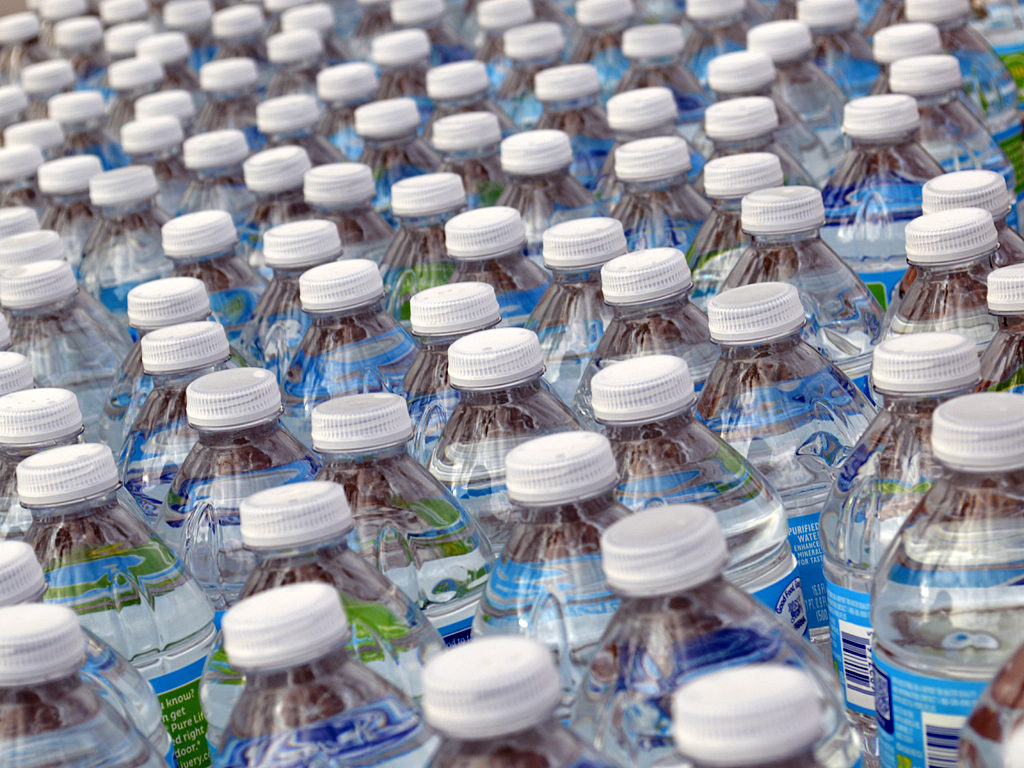 This sounds like a good thing, given the negative aspects of soda drinking.  However, consumption of bottled water has increased far more than soda consumption has decreased.   We are mostly just buying more bottled water instead of drinking tap water.

Incidents such as the contamination of municipal water in Flint, Michigan have certainly led to increased concern about tap water.  But the truth is that tap water is highly regulated and is generally quite safe.  On the other hand, bottled water is not nearly as regulated as tap water.  Bottlers are not required to disclose the source of the water, what sort of purification or filtration has been done, and whether any contamination tests have been performed.   Most of it doesn’t come from a glacier or mountain spring; it comes from the tap.   But in a bottle, it is incredibly more expensive than your own tap water.

Added to this is the environmental costs of the plastic bottles, which are made from petroleum.  Only about a quarter of them are recycled with the rest ending up in landfills or as litter.

In many places, tap water doesn’t taste as good as the bottled stuff even if it is totally safe to drink.  But there are many water filtration options available to consumers that result in drinking water as good or better than the bottled stuff.  Americans are better off buying a reusable BPA-free water bottle and filling it up at home.

Americans Are Buying More Bottled Water Than Soda. Is That Really Any Better?

‘Bottled Water’ from Earth Wise is a production of WAMC Northeast Public Radio.