You are here: Home / Economy and Policy / Polystyrene Foam 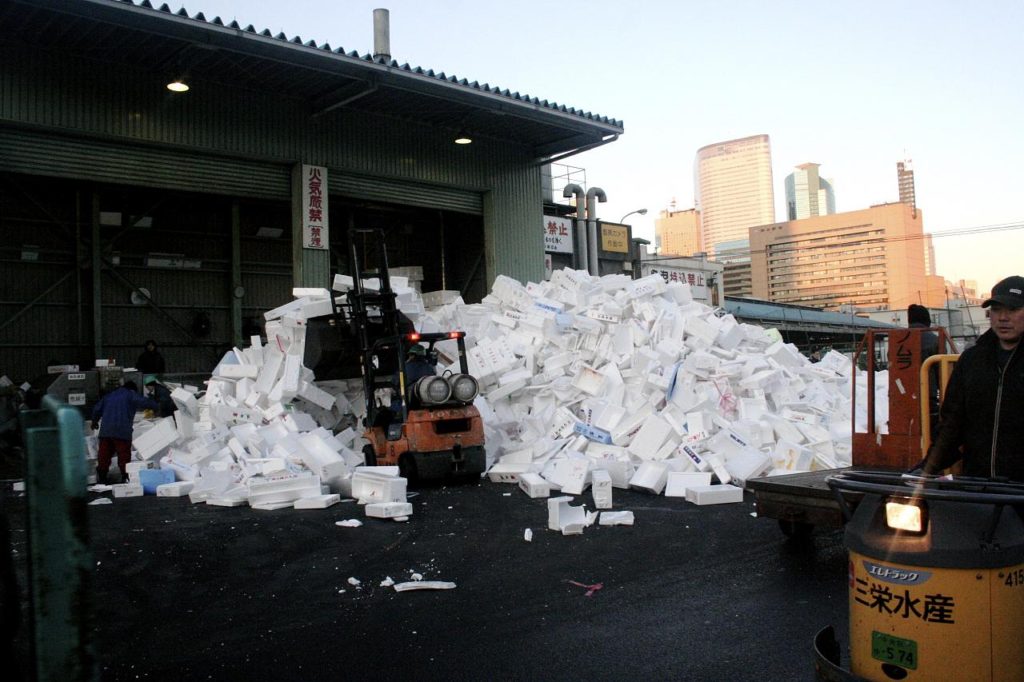 The San Francisco Board of Supervisors has voted to ban expanded polystyrene, the foam plastic used in food packaging, packing peanuts, coffee cups, and more.  It is one of the most extensive bans of this type in the U.S.

These foam products are often referred to as Styrofoam, but that is actually a trademarked material used in construction, insulation, and other applications and is not the subject of the ban.

San Francisco already banned the use of the foam in take-out food containers back in 2007.  The new ordinance is part of the city’s expanding effort to achieve zero waste.

Expanded polystyrene, or EPS, is popular because it is cheap, easy to make, has insulating properties, and is lightweight and waterproof.  But it is a synthetic plastic made from petroleum and does not biodegrade well, taking at least decades to completely decompose.

Because EPS is commonly used in food containers, it often is mixed up with food waste, which leads people to throw it out rather than recycle it.  Furthermore, because it takes up so much space for its weight, it ends up being very costly to transport, making recycling very expensive.  Shipping EPS to a recycling plant basically means filling up trucks with mostly air.

The new ordinance in San Francisco goes into effect next year.  The question that arises is what will replace the foam products?  Doing away with EPS may be a good thing, but there is the danger that it could be replaced with something worse.   In a region famed for technical innovation, one has to hope that some good ideas emerge.

‘Polystyrene Foam’ from Earth Wise is a production of WAMC Northeast Public Radio.