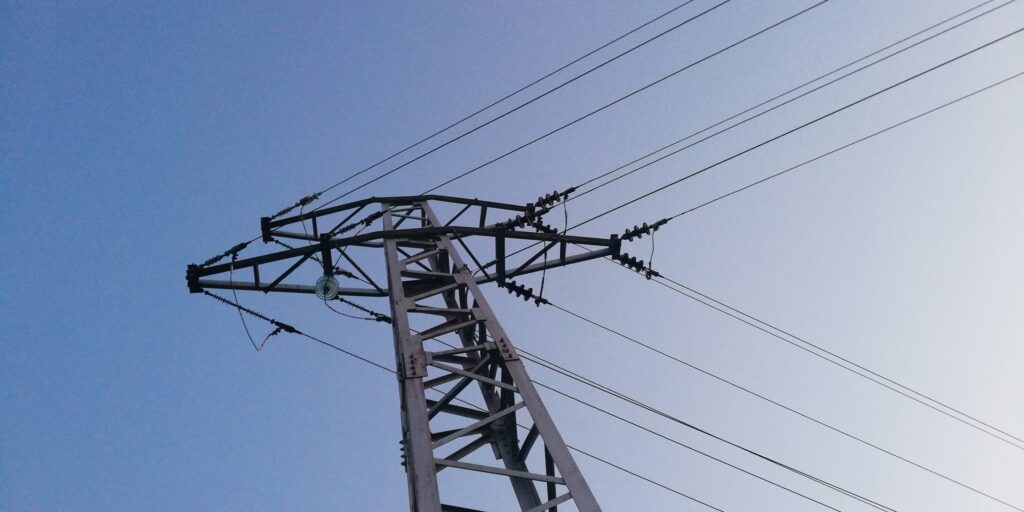 Electrical transmission lines and their support towers tend to be a blight on the landscape but are something modern society cannot avoid.  Power transmission networks – with towers every 200 meters or so of line – are in place throughout the world’s developed nations.  Another common feature of developed nations is the fragmentation of animal species caused by human activity breaking up their natural habitats.

It is important for biodiversity conservation for animals to get their environments connected.   It turns out that transmission line infrastructure can provide an important tool for reconnecting wildlife habitats.

In a study conducted in Spain’s Andalusia region, scientists planted native shrubs and seedlings under six towers along power lines running through cereal cropland.  The area of each tower base was 100 square meters.

Compared to four control sites, the researchers measured increased population density and diversity among arthropods and small mammals observed in the four-year study.

Enhancing connectivity through networks of habitat corridors or stepping-stone patches has become a key concept in conservation biology and landscape ecology.  Renting or buying large parcels of land to connect protected natural areas to one another would be cost prohibitive but planting suitable native shrubs and other flora under existing transmission line networks can provide many of the same benefits.

In general, power companies pay rent to landowners – often farmers or agribusinesses – for the rights to place towers on their land.  Because it is difficult to work the areas under towers with farm equipment, that space is typically unused, which opens the door to low-cost efforts by environmentalists.