You are here: Home / Podcast / The Search For Lingering Ash | Earth Wise 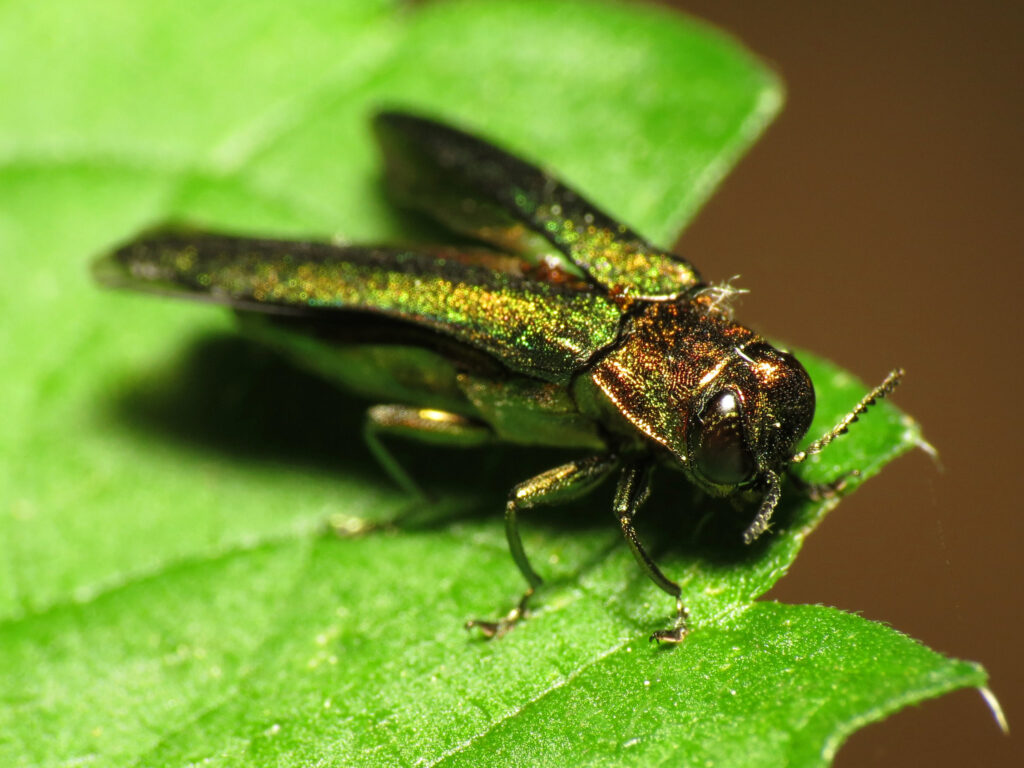 Ash trees are some of the most important plants along riverbanks and in wetlands.  There are three ash species in North America:  the white, green, and black ash.  Unfortunately, all three species are critically endangered because of the emerald ash borer.

The emerald ash borer is an exotic beetle from Asia that first showed up in the U.S. in southeastern Michigan in the summer of 2002.  The adult beetles do little damage but the larvae feed on the inner bark of ash trees and disrupt the tree’s ability to transport water and nutrients.  The beetles are now found in 35 states and 5 Canadian provinces and have killed hundreds of millions of ash trees.

The greatest hope for preserving ash tree species relates to lingering ash, which are those rare trees that have managed to survive the onslaught of the emerald ash borer. The idea is that those trees have some natural genetic resistance to the borer.  Getting seeds and cuttings from lingering ash and propagating them at nurseries may be the only way to get ash trees back into the natural landscape.

Lingering ash are extremely rare and therefore very hard to find.  As a result, researchers are reaching out to the public to help with the search and report the presence of these surviving trees in woodlands.

Researchers want to find large, mature trees left among those that were killed by the invasive insect and therefore display great resilience.  In Kentucky, university and Division of Forestry researchers are making use of software tools to engage the assistance of the public. An app called TreeSnap allows people to provide data on trees that they find in their community, on their property, or out in the wild.