You are here: Home / Podcast / The Largest Offshore Wind Farm 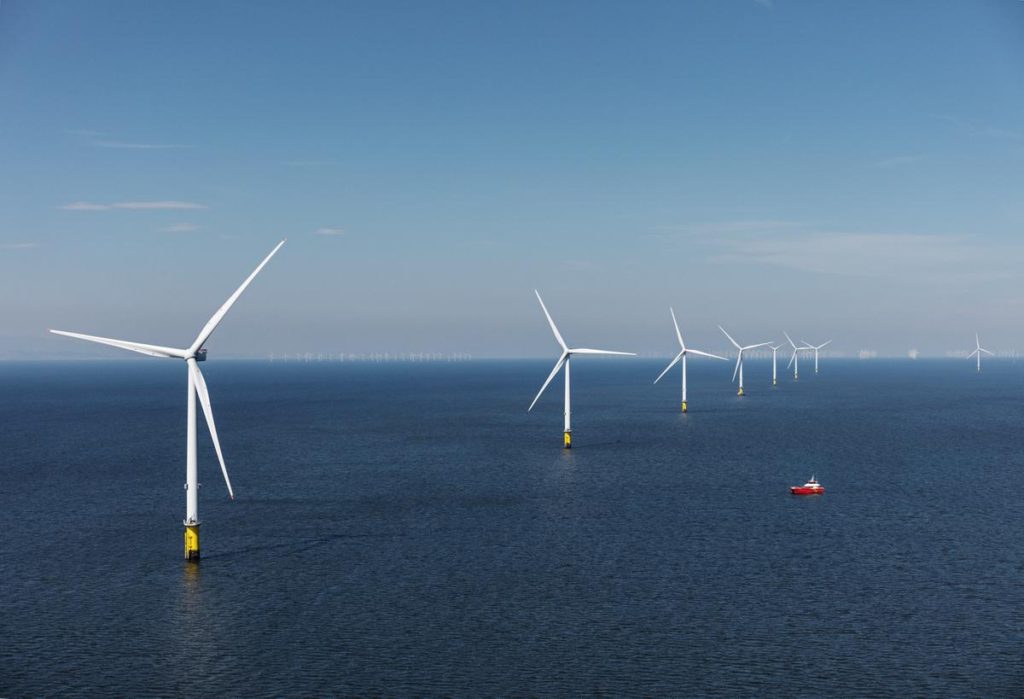 The world’s largest offshore wind farm recently began operations in the North Sea, a notoriously gusty stretch of open water that has become home to multiple large wind farms.  The new Hornsea One wind farm is located 75 miles off the east coast of Yorkshire in the United Kingdom.

The first 50 turbines are now in operation and are generating electricity for up to 287,000 homes.  When the farm is completed sometime next year, it will have 174 turbines with a total capacity of 1.2 gigawatts, enough to power a million homes.  The farm will send electricity to the UK, Netherlands, Belgium, Germany, and Scandinavia.  The Hornsea One farm will have more than twice the capacity of the current largest offshore operation, which is also in the UK.

Because the farm is so far from shore, teams of workers will live at sea for two to four weeks at a time maintaining it.  Such operations are unprecedented and required new ways of operating to overcome the logistical and technical challenges of operating a massive power station far from land.

The UK has the largest offshore wind generating capacity in Europe, now more than 8.2 gigawatts and accounting for 44% of Europe’s offshore wind capacity.  All that capacity is one of the big reasons that the UK has been successfully weaning itself off of coal for increasingly long periods of time.

Meanwhile, the US continues to lag far behind in offshore wind with a grand total of 0.03 gigawatts of installed capacity.  That situation may be changing after the federal government auctioned off 3 major tracts of ocean late last year that potentially could generate over 4 gigawatts of power if fully developed.