You are here: Home / Podcast / Saving Venice From The Sea 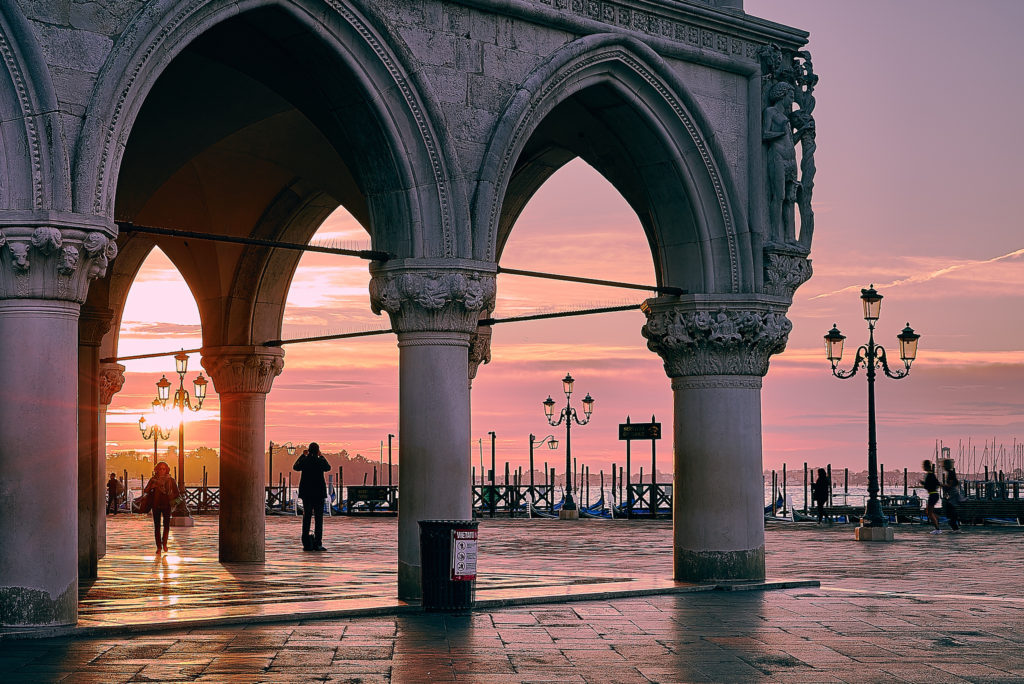 One place that has a unique struggle on its hands is Venice.  Unlike other cities that simply want to keep water out, Venice needs to control the amount that gets in but isn’t trying to stay dry.

After 50 years of planning, the city embarked on a project 15 years ago to build a set of three moveable flood barriers, one at each of the three inlets of the city’s lagoon.  Each barrier is made up of 20 individual gates, bound by a hinge to the floor of the lagoon.  The gates are hollow, which allows them to fill with water, and they normally sit on the bottom of the lagoon.  When high waters threaten, water is pumped out of the gates and replaced with air, allowing them to float up to the surface and create a barrier capable of stopping a storm surge as high as 9 feet.

The project has had massive cost overruns, corruption scandals and multiple delays.  The plan is to have it on line some time in 2018.  Since its inception, estimates of how high sea levels will rise have gone up and up, so it is unclear how effective the gates will be over time.  But in order to save itself from drowning, Venice is hoping that the project will be successful.

Rising Waters: Can a Massive Barrier Save Venice from Drowning?

‘Saving Venice from the Sea’ from Earth Wise is a production of WAMC Northeast Public Radio.