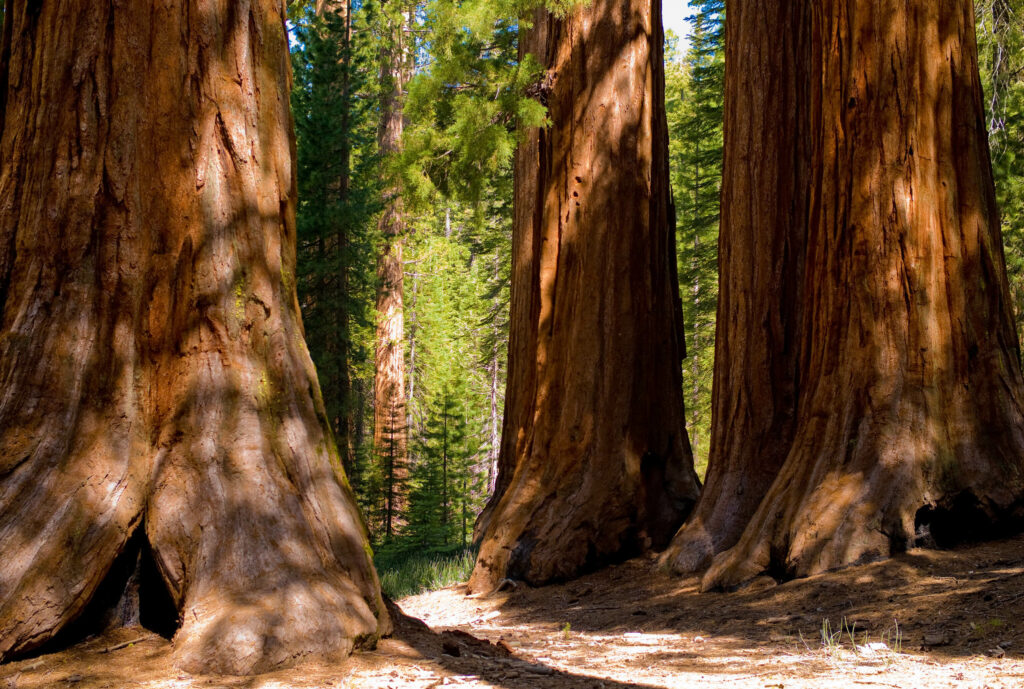 Giant sequoia trees are some of the most remarkable living things on earth.  They can live up to 3,000 years.  The tallest specimens tower over 300 feet, but it is their girth that really sets them apart.  They are usually 20 feet in diameter, and some are up to 35 feet across at the widest.  The largest tree in the world by volume is the General Sherman tree, which has a volume of 52,508 cubic feet. At 2,100 years old, it weighs 2.7 million pounds and is not only the largest living tree, but also the largest living organism by volume on the planet.

Giant sequoias are incredibly hardy.  To have survived thousands of years, the oldest of these trees have endured hungry animals, diseases, fires, snowstorms, El Niño events, years-long droughts, and the efforts of loggers during the 19th and 20th centuries.

In February, unusually high winds knocked down 15 giant sequoias in Yosemite National Park.  While sequoias are amazingly adapted to their narrow range in California’s Western Sierras, it appears as though climate change is altering their habitat faster than the species can migrate or adapt.  Shorter cold seasons have meant more rain instead of snow, leading to floods and mudslides in the winter.  Fires are more likely with less snowpack.  Hotter, drier summers put sequoias under greater stress.

Forest managers work to preserve existing groves through fire mitigation, supplementary water, and careful stewardship of young trees in existing groves.  If these efforts are successful through the ensuing decades, climate change may be just one more thing the sequoias outlasted.  But at least some conservationists are now considering planting a new generation of sequoias in colder, nearby habitats.