You are here: Home / Podcast / Pollinators With Backbones 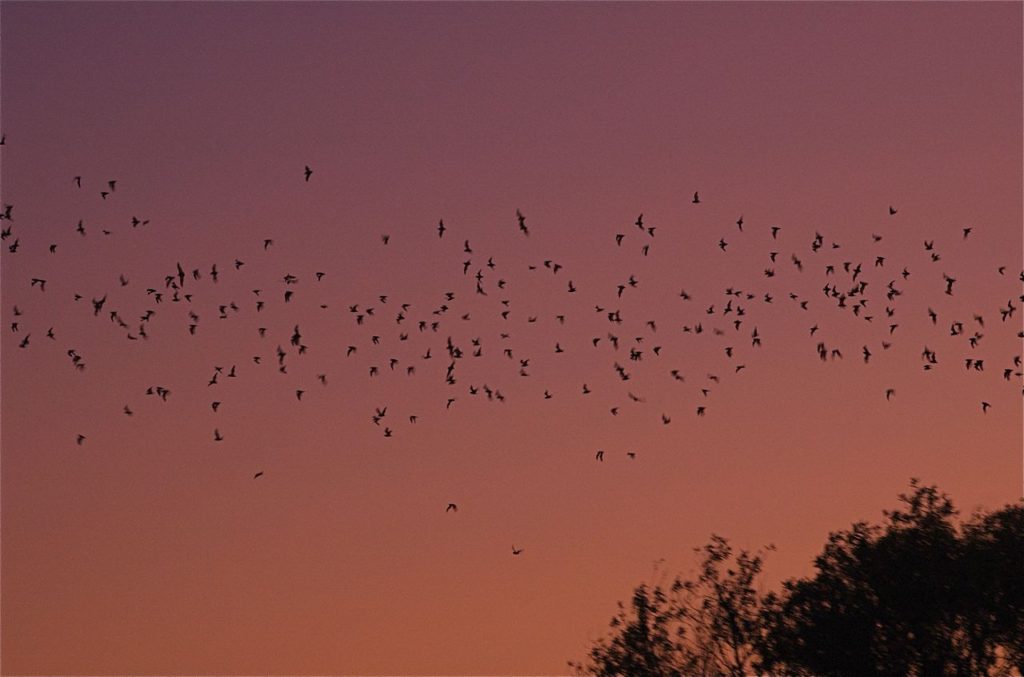 There is a great deal of concern about the status of pollinators like bees and butterflies.  They play a crucial role for many important food crops.  But it turns out that lizards, mice, bats and other vertebrates are important pollinators too.

A recent study, published in the journal Frontiers in Ecology and the Environment, looked at how dependent wild plants are on animals with backbones for reproduction.

Experiments used exclusion techniques to prevent larger animals but not insects from accessing plants.  For plants known to receive flower visitations from vertebrates, fruit and seed production was seen to drop by 63%.

The exclusion of bat pollinators had a particularly strong effect, reducing fruit production by 83% on average.  Bats pollinate over 500 plant species worldwide, including such tropical crops like dragon fruit, African locust beans, and durian.  In many cases, there are co-evolved interdependencies between certain plants and particular bat species.

Blue agave, the source of tequila, depends entirely on two species of long-nosed bats.  The cacti open their long, narrow flowers only at night, which lures in bats with a fragrance like rotten fruit.  Unfortunately, both bat species the agave needs are endangered or threatened.

Non-flying mammals are also pollinators including lemurs, possums, and squirrels.  Over 930 bird species pollinate plants, performing that function for 5% of plant species in most regions and more like 10% on islands.

As habitats fall under increasing pressure from agricultural use, fire, hunting, non-native species, and the changing climate, it is not just the work of butterflies and bees that is important, there are many other creatures that play a critical role in the life of plants.

Lizards, mice, bats and other vertebrates are important pollinators, too

‘Pollinators with Backbones’ from Earth Wise is a production of WAMC Northeast Public Radio.