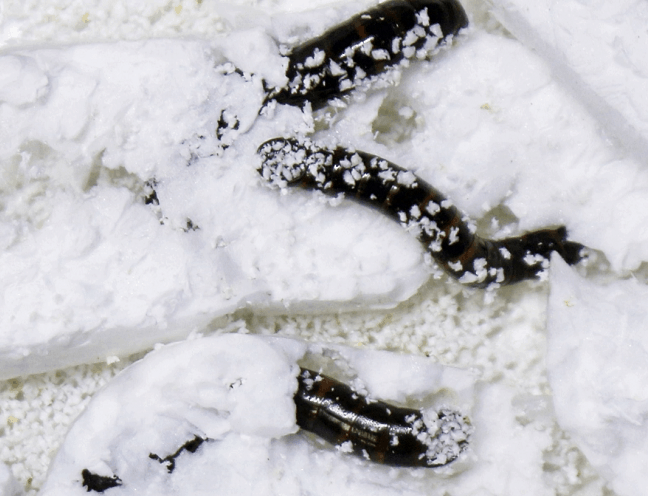 The world continues to struggle with the proliferation of plastic that is polluting the environment.  The Great Pacific Garbage Patch has now grown so large that it has spread across an area four times the size of California.  But there is no silver bullet in the struggle to reduce plastic pollution.  Reducing the use of plastic is probably the most viable approach, but increased recycling, the use of bioplastics, and various other strategies must play a role.

The essence of the problem is that plastic takes from decades to hundreds of years to decompose naturally.  The world produces billions of tons of plastic waste each year and less than 10% of it is recycled.  As a result, researchers around the world seek ways to safely and economically accelerate the decomposition of plastics.

The beetle larvae can consume polystyrene and reduce both its mass and molecular weight.  Furthermore, they found that the bacteria in the gut of the larvae could oxidize and change the surface property of polystyrene.  The handful of bacterial strains they identified were not like those of earlier insects found to degrade polystyrene.  As result, the researchers are hopeful that it may be possible to break down the plastic using other insects that feed on rotten wood.  Apart from the insects themselves, using just the bacterial strains found in the darkling beetles may prove to be an effective method for decomposing polystyrene.

A New Species of Darkling Beetle Larvae That Degrade Plastic