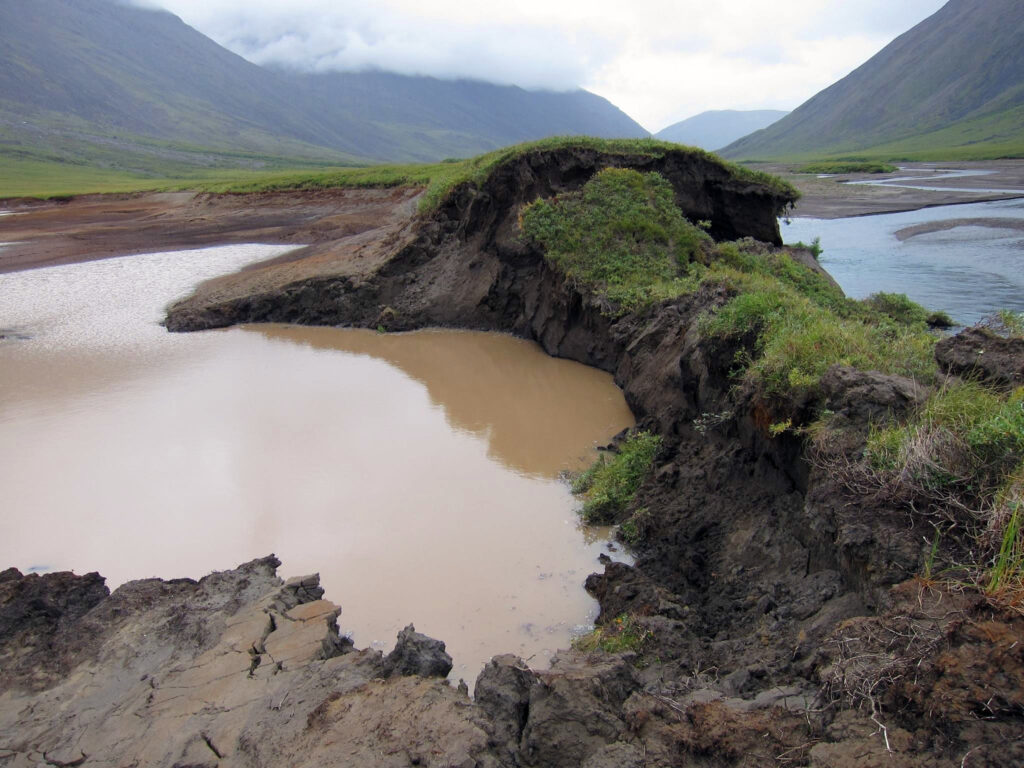 The Arctic permafrost contains a massive amount of carbon in the form of frozen soil, which contains remnants of plants and animals that died millennia ago.  Estimates are that there is 2 ½ times as much carbon trapped in this Arctic soil than there is in total in the atmosphere today.

As the Arctic warms, the permafrost is starting to thaw.  Once that happens, microbes begin to consume the previously frozen organic matter trapped in the soil.  As part of this process, the microbes produce large amounts of methane, which is an extremely potent greenhouse gas.   Thus, there continues to be great concern that wide-scale thawing of the permafrost would result in massive amounts of methane being released into the atmosphere.

A recent study in northern Sweden revealed a glimmer of hope.  The study gauged methane emissions from a swath of permafrost that thawed in the 1980s and another that thawed 10 or 15 years later.

In the first area, as ice melted underground, water on the surface sank down into the soil.  As the surface dried out, new plants emerged that helped to keep methane emissions buried underground.

Grasses found in wet areas have straw-like structures that convey oxygen to their roots.  The straws also allow methane in the soil to escape into the atmosphere.  As the areas dry out, other plants lacking the straws can sometimes replace the grasses.  When methane can’t escape, soil bacteria break it down into carbon dioxide.

The result is that the permafrost releases only a tenth of the methane as expected.  The hope is that changes in plant cover driven by climate change may limit methane emissions from thawing permafrost.