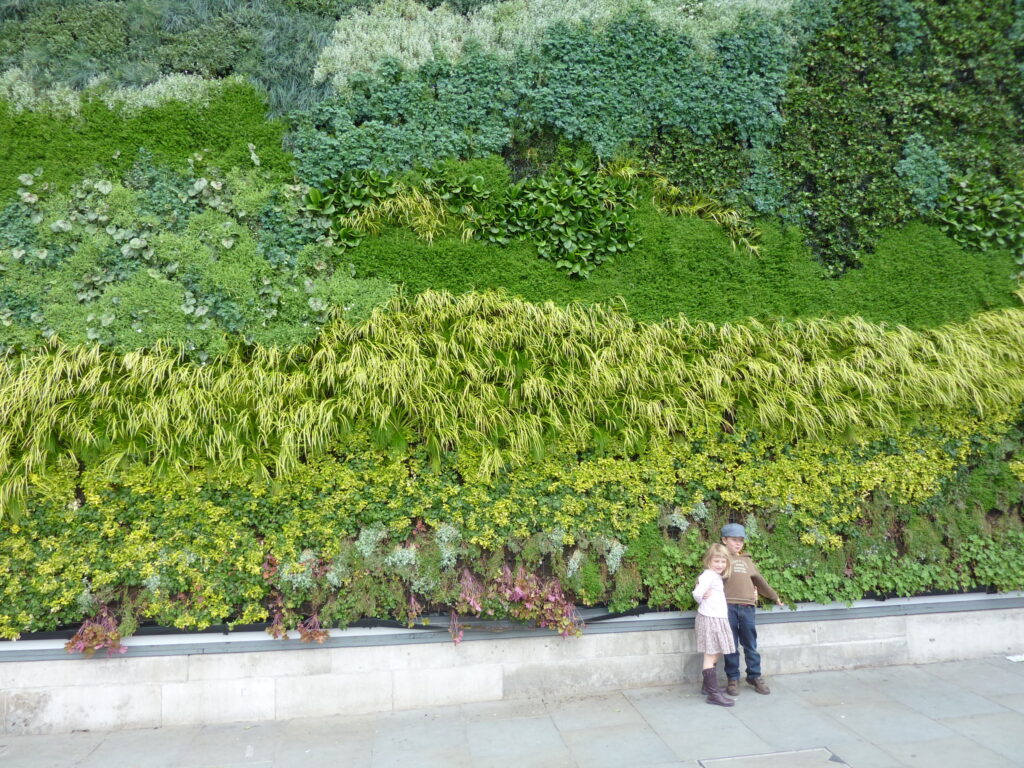 Green roofs are popular in many European countries.  A green roof is a layer of vegetation planted over a waterproofing system installed on a flat or slightly sloped roof.  Such roofs provide shade, remove heat from the air, and reduce temperatures of the roof surface, reducing energy use in the building and diminishing the urban heat-island effect.

A recent study by the University of Plymouth in the UK looked at the effectiveness of living walls – essentially the equivalent of a green roof located on the wall of a building.

The study looked at the effect of retrofitting an existing masonry wall with an exterior living wall façade consisting of a flexible felt fabric sheet system with pockets holding soil in which plants could grow.

Five weeks of measurements demonstrated that the amount of heat lost through the retrofitted wall was 31.4% lower than that of the original structure.  They also found that daytime temperatures within the newly covered section remained more stable than the area with exposed masonry, so that less energy was required to heat that area.

The concept of living walls is fairly new but could be valuable in temperate climates such as Great Britain.  Buildings in the UK account for 17% of greenhouse gas emissions and space heating accounts for 60% of all the energy used in buildings.  So, improving the thermal performance of buildings would have a significant effect on reducing energy use and therefore emissions.

Living walls can reduce heat lost from buildings by over 30%, study shows