You are here: Home / Podcast / Learning From Fire 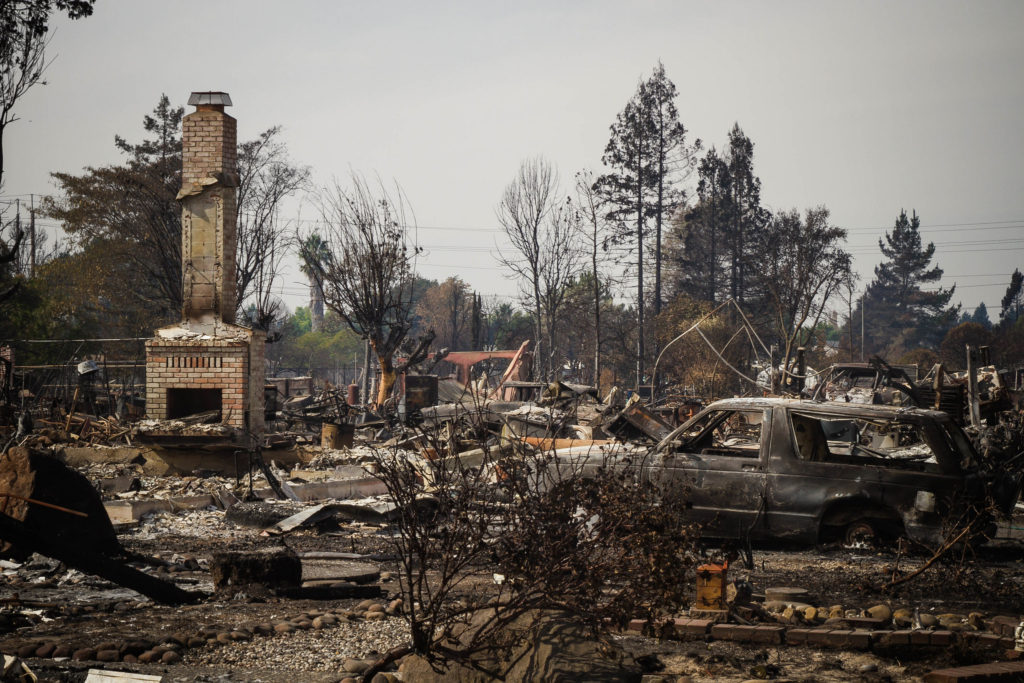 The Tubbs Fire was the huge wildfire that burned parts of Napa, Sonoma and Lake counties in Northern California in October.  Between that fire and several smaller ones going on at the same time, at least 43 people died and over 8,400 homes and buildings were destroyed.  The Tubbs Fire alone burned over 36,000 acres. The even larger December wildfires in Southern California scorched hundreds of thousands of acres in multiple counties.

On October 8th, the raging Tubbs fire swept through the Pepperwood Preserve, a so-called biodiversity hotspot that is home to 900 species of plant and animals.  The blaze is estimated to have burned more than 85% of the 3,200-acre preserve to varying degrees.

For the team of experts that manage the Pepperwood Preserve, the fire was both a devastating tragedy as well as an unusual opportunity.  It represents an opportunity because by studying the post-fire ecology at Pepperwood, it could enhance our understanding of the complicated behavior of wildfires.  Wildfires pose an increasing threat in the western United States and elsewhere due to long-term climate change.

The researchers are already gathering data from cameras and sensors that, among other things, have shown that the larger animals roaming the preserve seem to have survived the fire.  Studying stored data from monitoring equipment might show wind, humidity, temperature and other factors before and during the fire that could help inform future fire models.

The truth is that wildfires are part of the natural landscape and ecosystems are actually adapted to their presence and may even flourish as a result.  But fires are unambiguously devastating to human communities. We can’t prevent them all but we need to learn how to cope with them as best as we can.

‘Learning from Fire’ from Earth Wise is a production of WAMC Northeast Public Radio.